Section IV Opportunities and Challenges: Communities and the Public Sphere 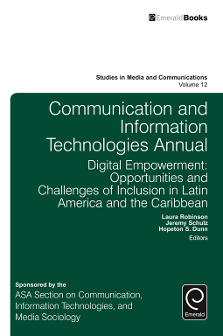