Located at the new fairground on the outskirts of Munich at the site of the old airport, Productronica 99 (Plates 1 and 2) got off to an impressive start.

The facilities at the new exhibition centre were everything that was promised, and more. The organisation provided by Messe München was superbly efficient, making the four day show pleasurable and successful for exhibitors and visitors alike. 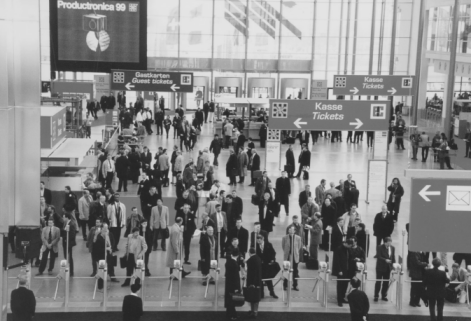 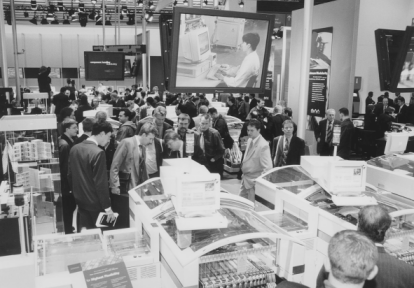 The show retained its international credentials with more than 15,000 overseas visitors, making it not only the largest event in the electronics manufacturing calendar, but certainly the most international.

Although there were some interesting new product launches, the usual fanfare surrounding new innovations was somewhat muted by the number of press conferences announcing and confirming mergers, MBOs and takeovers. A sign of the current state of the electronics industry, that shows no sign of abating.

However, with brisk trade and many sales ratified during the show, Productronica and the new Messe München exhibition centre was judged to be a resounding success. Presumably, any marketing manager with any sense will have already reserved his space for 2001 when the show will be held on 6-9 November.