Air Semiconductor, the first company to develop instant and continuous location technology for portable devices, has announced the appointment to its board of a new CEO, Hugh Thomas (Figure 1). Thomas will be responsible for managing the company’s transition from a development organisation into a semiconductor product company and expanding its operations and customer base worldwide. 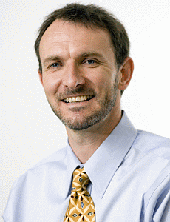 Hugh Thomas is an industry veteran with over 20 years experience in the semiconductor and cellular handset industries. He has a proven track record of growing start-up companies from pre-funding/development stage through to production and exit. Previously, Thomas was the CEO of TapRoot Systems, an embedded software company, where he grew the company to over 100 employees with worldwide operations within four years, and achieved profitability within six months of fund raising.

Speaking on his new position, Thomas commented, “Air Semiconductor presents an exciting proposition. Its disruptive technology will, very soon, change the face of location based services. There is a huge wealth of consumer applications which will benefit from the integration of Air’s technology. So far GPS has focused largely on navigation applications; we believe this will only represent a small portion of the location industry enabled by our technology 3-5 years from now.”