Miniature robot has an A5 footprint

Miniature robot has an A5 footprint

Shown for the first time at Interkama, DÏsseldorf last October was a miniature-format twin-arm SCARA robot from Mitsubishi Electric designed specifically for high-precision micro-handling applications. Its footprint of 200 by 160mm is no larger than an A5 sheet of paper, its height is 230mm and its weight 10kg, so that it is often possible to integrate the robot inside a machine.

The RP-I AH robot is able to place components within a rectangular work zone of 150 by 105mm with repeatability of þ0.005mm. Traverse speeds are such that it can achieve a cycle period of 0.28s for a pick and place operation, so that it can handle three full cycles in one second. The Z-axis rotates at a speed of 3,000deg/s, the reach is 230mm, and handling payload 0.5kg up to a maximum of 1kg (see Plate 2).

Another feature of the robot is its multitasking operating system, which means that while executing its movements it can simultaneously perform other functions and communicate with peripherals, for example to pass on signals. At the heart of the RP-1AH is the new CR2-532 controller with a 64-bit RISC processor that delivers the power needed for precision control. The standard MELFA BASIS IV software package makes the controller easy to program, and the system allows frequent program changes with several programs stored in the controller together, called up with a simple program switch. The controller is also able to input CAD data, following pre-processing on a PC, allowing the robot to be controlled directly from a CAD application. 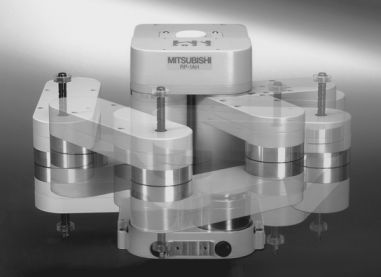 Plate 2 The smallest and the best?: RP-1AH - new robots from Mitsubishi Electric

Typical applications include the clock and watch industry, circuit board component placement (SMD technology) and precision grinding applications in the optics industry. The robot is also seen as a good choice for handling samples in laboratory applications.

Other specification features include AC servo drive motors including brakes; the 0.28s cycle time includes movements 25mm/100mm/25mm; control modes are axial, linear or circular interpolation, multitasking (up to 32 tasks), compliance control, palleting functions, interrupt and subroutine support; 2,500 positioning points per program (expandable); 5,000 program lines (expandable); and 88 programs. The controller dimensions are 420 by 510 by 200mm, and the connected load is 0.8kVA.