"When we were formed in 1989, Motoman was the 12th largest robot company in the Western Hemisphere. Today we are the third largest robot company with a historical compounded growth rate in excess of 25 percent. The keys to our success include commitment to stellar customer satisfaction, focus on delivering innovative automation solutions, dedicated employees, strong suppliers, and committed parent companies", stated Motoman President, Craig Jennings. 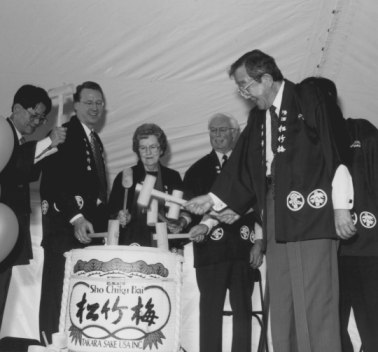 "I am very happy to be able to share this important milestone with the associates of Motoman", said Mayor Gilman. "With continued expansion and the addition of jobs, Motoman is the type of 'corporate citizen' that West Carrollton is proud to have."

A picnic-style open house was held on Saturday, September 25, for employees and their families. Highlights included a recognition ceremony for five- and 10-year employees.