IPC has announced that it has named a new president. Denny McGuirk (Plate 1) has accepted the position and began on 3 January 2000. 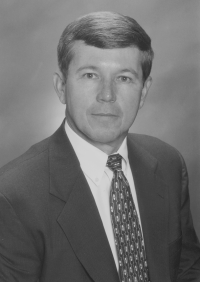 McGuirk comes to IPC from the National Fluid Power Association, where he served as executive director for three years. He will direct nearly 90 employees among IPC's headquarters in Northbrook, Illinois, and its satellite offices in New Mexico, Washington, DC, California, and Connecticut.

"Denny's engaging style and personal qualities are well suited for the challenges ahead and will fit in well with the staff and membership", says IPC chairman James Donaghy, who also served on the search committee to find IPC's new president. "He is a proven leader of diverse organizations and is comfortable with growth and market change, including globalization, all of which he will face in his new assignment".

Ron Underwood, vice chairman of IPC adds that McGuirk's main role will be to continue IPC's upward momentum and make it one of the best member- and staff-related associations in the country. "IPC's been doing a good job, and he has the presence to continue it".

McGuirk has six years of association management experience. He served in the United States Air Force for 24 years, retiring as a colonel in 1993. He received a bachelor's degree in Western European Affairs from the United States Air Force Academy, and a master's in Public Administration from the University of Colorado. He received a certificate in Fund Raising Management from Indiana University Center on Philanthropy.