Sixteen API 610 pumps from Ingersoll- Dresser Pumps have been installed at the aviation fuels service facility at the new Hong Kong International Airport at Chek Lap Kok Airport, due to open in July 1998 (Plate 5). The facility has been constructed by Leighton Contractors (Asia) Limited in an A$206 million contract with Aviation Fuel Supply Company.

At the new airport, aviation fuel will be delivered by barge to the Aviation Fuel Receipt Facility, from where it is taken by subsea pipeline to the nearby airport island platform. An underground pipeline carries the fuel around the island to the Tank Farm in the south, where it enters the receipt platform and is filtered before being stored in tanks. 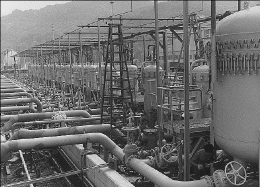 Plate 5 Sixteen API 610 pumps from Ingersoll-Dresser Pumps have been installed at the aviation fuels service facility at the new Hong Kong International Airport at Chek Lap Kok Airport, due to open in July 1998

Leighton Contractors has built nine storage tanks at the facility ­ six with a capacity of 20,000m3 and three smaller tanks at 10,000m3.

Thirteen of the ERP pumps (model ERPI 150-315) from Ingersoll-Dresser Pumps are dedicated to pumping aviation fuel to the hydrant system serving the aprons in the airport. These pumps have been sized to meet peak flow requirements ­ as planes refuel, pipeline sensors switch on the pumps consecutively as a function of pressure and flow.

The ERPI pumps then draw fuel via two main headers from the tanks and after it has been filtered again, supply it to the hydrant section of the facility, from where it is taken to the apron valves. The other ERP pumps (two ERP 150-250 models and an ERP 65-200 model) are used for recirculation purposes, as part of a system to check and maintain the quality of the fuel.

Part of the Leighton Group of Australia, Leighton Contractors (Asia) Limited will shortly hand over the new aviation fuels facility to Aviation Fuel Supply Company (AFSC), which has a 20-year build, operate and transfer franchise with the Airport Authority to provide the aviation fuel supply system, with its nominee, AFSC Operations Limited, being responsible for operation and maintenance of the fuel system.

Hong Kong's International Airport is very near to completion. It is one of ten related infrastructure projects collectively known as the Airport Core Programme. The airport is situated at the original Chek Lap Kok island, off the northern coast of Lantau island, 25km west of Hong Kong's central business district. The new airport will open with one runway, with the second (northern) runway due for completion before the end of 1998. It will be able to handle 35 million passengers and three million tonnes of cargo in its first 12 months of operation. Ultimate design capacity will be 87 million passengers and nine million tonnes of cargo.

Half of the world's future airline business will be in the Asia Pacific region, and half of the world's population already lives within five hours' flying time from Hong Kong. Therefore the new airport will not be just a facility to replace the existing Hong Kong International Airport at Kai Tak, but a southern aviation gateway to the People's Republic of China which will reaffirm Hong Kong's continuing role as a leading centre for aviation.