Phase one of Darlington Station's massive overhaul is complete - and Leigh considers that the best finish possible has been assured by its paints.

The Victorian station, the roof of which is supported by 92 cast iron columns (Plate 1), was badly in need of repainting when Leigh's Paints were brought in to help tackle the steelwork. The existing paintwork of the cast iron columns was showing extensive intercoat adhesion failure and there was evidence of general corrosion of the column bases. 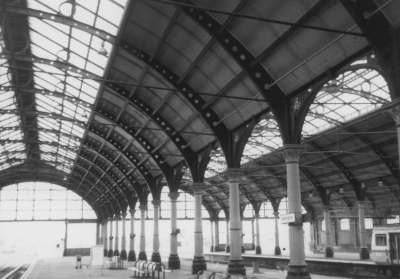 Plate 1 Darlington Station back to its former glory. The 92 cast iron columns were painted with special protective coatings from Leigh's Paints

The painting contractor, C&D Environmental, blast-cleaned the columns back to bare metal before coating them with Leigh's Paints' epoxy blast primer and high build zinc phosphate epoxy primer/buildcoat. The columns were then finished with a coat of the company's high gloss acrylic urethane finish. The work was carried out at night with individual columns totally encapsulated to prevent disruption to the station and inconvenience to passengers.

Leigh's Paints has been closely involved with several station refurbishments recently, which have been carried out as part of Railtrack's £1 billion UK-wide refurbishment project, tackling rundown stations throughout the country. The second phase of Darlington Station, which is due to commence later this year will concentrate on the repainting of the spectacular arched roof structure, which has been supported by the columns for over 100 years.

Commented Dave Bottomley, "The paintwork throughout the station was in desperate need of refurbishment particularly that on the cast iron columns which was breaking down to such an extent that it was necessary to remove it totally and start from scratch. The quality of both workmanship and products should ensure that the columns remain protected and decorated for many years to come, never again needing such an extensive repainting operation."