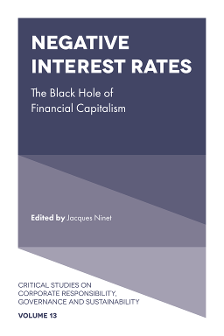 Both forecasters and traders are too well aware: facts and markets always humiliates you. Trying to imagine which endogenous or exogenous events could be the catalyst for the next crisis, the last part of this book totally omitted the scenario of a health crisis leading to the shutdown of the economy as we are experiencing in the second quarter of 2020. Obviously the climate risks and the destruction of biodiversity have been the major and almost unique concern for the past 10 years, while the foreseeable development of pandemics was largely set aside and the policies of health prevention were constrained by an implacable budgetary rationing.

The states insufficiently prepared to face a pandemic had no other solution than a generalized containment and thus created an almost total rupture of globalized production chains worldwide. Careful not to repeat the mistakes of the previous crisis, when they had concentrated their efforts on the financial sector alone with very disappointing macroeconomic results, these States very quickly set up colossal support plans and reopened their checkbooks to compensate for the loss of income for businesses and households. Starting, as we have pointed out at the end of the book, from an unhealthy debt situation, these policies immediately led to an unprecedented acceleration in the monetization of debts.

These announcements temporarily stopped the transmission of the economic crisis to the financial sphere, which would have led to the Depression. But won’t over-indebtedness reach a level where its monetization will become unbearable?

“A state that issues in its own currency cannot go bankrupt,” is more than ever the mantra of MMT followers. Most of the public contributions implemented to compensate for the cessation of activity due to the pandemic will not be repaid, as their will be no catch-up for many sectors (for example tourism, culture). Unless wages would be raised substantially, there will also be no inflation revival as the number of unemployed explodes. Raising taxes on the middle class (and affluent retirees) would not be enough and would also be unbearable, both for these taxpayers and because of the repercussions on aggregate demand.

Thus, all public contributions will be transformed into debt and debt into money because traditional investors will not be able/will not want to absorb this additional debt which will therefore be subscribed or purchased by Central Banks, in addition to the direct assistance and guarantees they will have granted for their own purpose. Thus the Central Bank and the State will find themselves definitively joined together in what is called “the unique sovereign couple.”

The entire West will join the Japanese system of a permanent government deficit covered by a perpetual debt, because it is non-repayable, yielding zero and mainly detaned by the Central Bank.

For countries which do not benefit from the security of a domestic-only owned debt, an excess current account and colossal assets in the rest of the world, like Japan, this “abnormal” situation could end either in outright cancellation of a fraction of the debt or through the use of SDRs. These two solutions would obviously be viable only in a context of international cooperation. A haircut on the debt could only be possible if concerted and concomitant. The reactivation of SDRs should be part of an international financial stabilization program!

The return of radical uncertainty is the irrefutable contribution of the virus. This observation should normally lead to a drastic revision of the financial paradigm which is based, via the capitalization multiples, on the assumption of regular growth in profits and activity over an infinite duration (in the sense of actuarial calculation).

The big error of financial markets would be to consider the pandemic as a simple “notch” in unchanged economic and financial trends without taking into account the global lesson of this event as for the global vulnerability of the system and the cost of protection. Water stresses, fires in California or Australia, warming causing the melting of glaciers, the rising sea level and the release of permafrost in the northern hemisphere and now the onset of zoonoses – emerging pandemics caused by animal viruses – signal that the Anthropocene Era has reached the culmination of its destructive effects on living conditions on the planet. In this regard, the SARS-CoV-2 crisis, much more than a serious warning, could well be a real tipping point.

Prelims
Introduction
Part 1 Financial Capitalism: From the Neoliberal Revolution to the Multifaceted Crisis of the Twenty-first Century
The Great Turn
Neoliberalism and the Revenge of Rentier Capitalists
The Underpinnings of Hyper-Financialization
The Poor Economic and Financial Record of Thirty-five Years of Neoliberalism
Part 2 Anatomy of a Crisis
The Single Crisis of the Asset-based Economy
A Foreseeable but Not Foreseen Crisis
Deficit and Debt Trap
A Useless Crisis?
Part 3 In the Hands of Central Banks
Central Bank: A Standard Reading
Some Facts about the Monetary Economy … To Better Understand the True Role of Central Banks
The Short History of Central Banks in the Long History of Money
Theoretical Foundations of Central Banking: From Monetarism to Dynamic Stochastic General Equilibrium (DSGE) Models
Does Independence Guarantee Infallibility?
Are Central Bankers Truly Independent?
An Astonishing Confession
Part 4 Who Will Save the Central Banks?
The Black Hole
Economic and Financial Consequences of NIRP and ZIRP
TINA (There is No Alternative)?
Central Banks: At the Core of the Next Confidence Crisis
Conclusion
Afterword
Appendices
References
Index of Names