Section 2 Students, Youth, and Families as Agents of Resistance 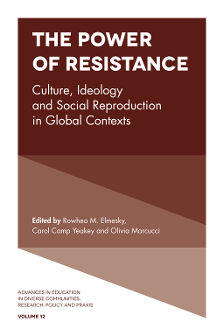