Poole based gas sensor manufacturer Sixth Sense are an innovative market leader in the sphere of gas detection. Part of the Zellweger group, Sixth Sense has been formed to independently promote the company's electrochemical and catalytic sensors throughout the marketplace. This year will see particular interest in three of the company's most advanced sensors.

The latest range of catalytic gas sensors from Sixth Sense offer new levels of poison resistance and lifetime, for flammable gas detectors. The CAT 16 (see Plate 10) will survive up to 20 times longer than most other "poison resistant" sensors and, whereas most manufacturers will test their products over a period of minutes, Sixth Sense tests the CAT 16 over a number of hours. Careful attention to manufacturing through the ISO9001 accredited processes means the CAT 16 can combine superior poison resistance and a lifetime of at least five years with low power consumption and unprecedented sensor repeatability. 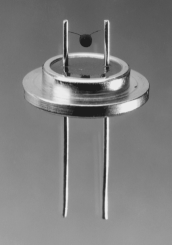 The new range of mini-sensor, the MICRO, now includes H2S, CO and C12. This is the smallest industrial sensor in the world, yet still offers a three-year lifetime and superior levels of accuracy and reliability. With confined spaces regulations in place, or being implemented, in many countries throughout the world, the MICRO has numerous applications potential.

The new SL Oxygen Sensor has been designed to eliminate the long-standing problem of sensor condensation build-up. Traditionally such sensors are manufactured with a metal can. As a result, when left in an engineer's van overnight, condensation can build up causing premature sensor failure. The Sixth Sense SL sensor has been constructed from a high strength plastic which eliminates this problem. Stringent field trials of 100 sensors have resulted in recent recognition and approval from a well-known world-wide utilities provider, who will be using the SL in all of their latest gas detectors.