Cybernetics and systems in the new millennium  I

Cybernetics and systems in the new millennium – I

This series of special double issues marks the new millennium and commemorates the pioneering contributions of the scientists of the nineteenth and twentieth centuries which laid the foundations for cybernetics and systems as we know them today. But our interests lie not only in the past but in the present and future developments heralded by the twenty-first century. The contributions published in this millennium volume examine the role of cybernetics and its achievements, particularly in the twentieth century. It also evaluates present-day research and developments and readers can judge from the published papers whether we should be confident about the role of cybernetics and systems in the new era. Future trends are hard to predict but the wide range of papers published in this volume and in the cybernetics community at large can only reinforce our faith in the inter- and trans-disciplinary approaches the fields embody and which are characteristic of these endeavours. Our contributors come from all parts of the world and range from distinguished and established researchers to those who are just beginning to publish their work. We aim to encourage new authors and they, after all, will ultimately determine whether our fields will flourish in the coming years.

Feedback from cyberneticians and systemists who have participated in recent meetings and conferences suggests that at the turn of the millennium cybernetics is suffering from an identity crisis. The difficulty appears to stem from what the fields of cybernetics and systems encompass. There was also concern that the very name of the field of cybernetics had been "hijacked" by the media and indeed any company or organisation that wanted a modern-sounding title and image to match. Product names and services in particular now frequently use the prefix cyber and one scientist has compiled an ever increasing list of the use and misuse of cyber in the marketplace. Several uses are now firmly accepted by the public in connection with the Internet and words such as cyberspace, defined as meaning "a notional environment in which electronic communication occurs or virtual reality", tend to cloud the meaning of cybernetics. Cybernetics is still defined at the beginning of 2000 as "the science of communications and automatic control systems in both machines and living things", and cyber as "a prefix forming words relating to electronic communication networks and virtual reality" (Oxford Dictionary, 1995).

We are told, however, that this is nothing new, since arguments as to what cybernetics encompasses engaged the pioneers of the field in intense discussion in the last millennium. After all, it was Ampère (Draganescu, 1981, p. 47), who wrote:

I call it cybernetics from the word which, from its first narrow acceptance of the art of managing a vessel, eventually developed the far broader meaning – already with the Greeks – of the art of governing in general.

The history of cybernetics in the last centuries chronicles the attempts of many scientists to describe and define succinctly its meaning. It will be recalled that Stefan Odobleja of Romania had his view of cybernetics placed between those of Ampère and Wiener (Draganescu, 1981) in the discussions concerning its origin and meaning. The late Pesi Masani writes (Masani, 1990):

Ampère emphasized regulation or control, Odobleja the feedback loop, and Wiener and Shannon the message, as well as the connection between all three elements.

At the beginning of the twenty-first century the many central ideas that are typical of the cybernetical attitude and which carry with it something more than an appreciation of control by informational feedback are now universally promoted, as can be judged by this current volume of Kybernetes.

In these pages we continue the debate about the meaning of cybernetics and systems by discussing with Stafford Beer the rationale behind his books published between 1959 and 1995. His work is, of course, well-known and acclaimed worldwide so that such a discussion could not be anything but fascinating. As readers will discover, it provides a unique insight into his work and motivation in ten books in the years 1959-94. 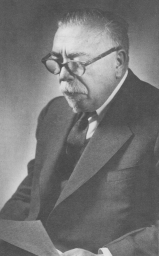 Plate 1Norbert Wiener (1894-1964). Acknowledgement: with the kind permission of Professor P.R. Masani who received the photograph from Mrs Margaret Wiener

Robert Vallée presents Norbert Wiener (Plate 1) and Warren S. McCulloch as the main contemporary initiates of cybernetics, whilst John Rose ensures we are all aware of the cybernetical thinking of the 1960s in his prize-winning essay written at that time. The increasingly important role of the digital computer in cybernetics was not entirely accepted in the 1980s and its development into so many aspects of cybernetics and systems not easily predicted. This is considered in a following discussion concerned with "Cybernetics and systems in the 1980s". Present-day thinking is very much the concern of Charles Musès who discusses what he believes is "the greatest challenge to management and government". A.M. Andrew greets the new millennium by reminding us that the study of Artificial Intelligence (AI) continues to be an important part of cybernetics. He links it with the past century with his stated belief that the seminal paper by McCulloch and Pitts (1943) predated by many years what is usually seen as the formal birth of AI.

We cannot ignore in our new century developments in "Pansystems Thinking" and Wu Xuemou and colleagues from the People's Republic of China provide us with both an introduction and an update on current progress and investigations. The papers that follow this show us the current trends in many diverse areas of cybernetics and systems, all linked by the desire of their authors to use the multidisciplinary approaches and methods of our field. They all encourage us to believe that the foundations laid in the last centuries are built upon with enthusiasm and skill in the new millennium.

Readers will wish to know the basis for the selection of papers published in this volume. Contributions concerned with past cybernetical aspirations and achievements were specially commissioned, whilst those chosen to represent the present interests were selected on merit from over 200 papers that had been previously reviewed by referees appointed by the World Organisation for Systems and Cybernetics (for the 11th International Congress of Cybernetics and Systems, held at Brunel University, Uxbridge, Middlesex, UK in August 1999). From these contributions it was decided that 30 "outstanding" papers would be published and authors invited to submit full papers which would reflect their new and revised researches. The papers were re-refereed and edited by the journal's editorial team before publication in the special double issues which form the main part of our ten-issue Millennium Volume for 2000.

The contributions published are, we believe, truly representative of current research and development with authors representing the flourishing cybernetic research groups of over 30 nations. The Editorial Advisory Board of this journal believe that these carefully selected contributions will be well-received world-wide by the cybernetics and systems communities and will offer inspiration into the twenty-first century.