Edward Hateley, a director of Birmingham based Houghton Vaughan plc, has been elected President of the European Union of Independent Lubricant Companies (UEIL), representing over 300 companies which have an estimated 30 per cent share of the domestic lubricants market.

He succeeds Dr Manfred Fuchs as president and took up his two year term of office from the beginning of January this year.

Based in Paris, the UEIL frequently works closely with the European Commission. "We are actively involved in a whole range of EU issues concerning the lubricants industry, including the environment, used oil recycling, taxation and trade practices", said Mr Hateley.

Mr Hateley is a main board member of Houghton Vaughan plc, a leading manufacturer of industrial fluids. "Coincidentally, the company is celebrating its centenary in 1999 and I see my election as a fitting tribute to our commitment to Europe as well as the industry itself", commented Mr Hateley. 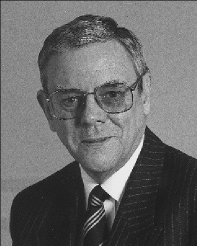