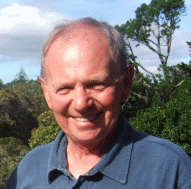 Frank Coultard, who died on 7 May 2011 after a struggle with cancer, was a prominent figure in the printed circuit board industry which he made his life’s career. Born in Liverpool in 1942, he was subsequently educated at Oundle School before going on to read chemical engineering at Loughborough University (where he captained the rugby XV), both institutions for which he retained great fondness. After leaving university, Frank worked for a while at the Marconi Research Centre in Great Baddow, Essex. He then moved on and was employed by the laminate supplier, Nelco from 1982 to 1998, where he was very popular with his customers, largely working in sales out of the Skelmersdale facility. He subsequently joined the Printed Circuit Interconnection Federation as Technical Director, at the time when it had just relocated to the Docklands area of London. This required Frank and his wife, Derry, to head south from Lancashire to live in London, something he relished with all the opportunities to indulge his love of theatre, concerts and good food.

Frank’s peers always remarked on his wealth of technical knowledge and he initiated numerous technical workshops and projects to engage member companies, which in those days numbered over 400. In 1999, he led a DTI technical trade mission to Japan with several industry colleagues; a trip that was later to be described by a fellow traveller as “legendary”, with Frank being an “ambassador extraordinaire”. He was also a strong supporter of the PCIF’s Environmental Working Group, which was active over many years in support of the UK PCB industry. Frank was also a heavily involved with the Institute of Circuit Technology and served for many years on the Editorial Advisory Board of Circuit World.

He strongly believed that “association” was a too easily forgotten aspect of trade association life; parties were as important as the events they supported and he could cope with the full range – from the grand dinner on board HMS Belfast, to a meal in a Soho restaurant “done” the next day all over the Evening Standard for cockroach infestation. It was at these occasions when he was at his most generous and amusing. At 3 a.m. one evening he baled out cashless colleagues recovering in the London Hilton from a stuffy black tie dinner; there was a mad rush next morning to repair the astronomical deficit before Derry inspected the account. His largesse with two barrels of beer on the PCIF stand at Nepcon was as welcome as it was short lived – stolen before the doors opened! Life with Frank was always eventful. He also enjoyed a good Merlot and it was always a pleasure to meet up with him after a long meeting for a glass of wine and a chat to end the day.

Frank retired from Intellect in 2006 and moved to Cheltenham to spend more time with his family and Coco, the family labrador. He was a lover of the arts but had wide interests and was well read. He was also youthful in his approach to technology, possessing much of the latest gadgetry. Travel and holidays were important to Frank and for some years Gozo was a favourite haunt. Hawaii was also visited and he went several times to New Zealand, most recently this year when he became ill. The emails pouring in following Frank’s death attest to a gentleman with a great sense of humour, sensitivity and great capacity for friendship. The industry’s thoughts are especially with Frank’s widow, Derry, who was so supportive, and a wonderful hostess even during Frank’s illness, to his sons Philip and Christian and also to his sister, Jill.