The static tests of a dedicated A400M complete structure has begun at the Military Transport Aircraft Division (MTAD) facilities in Getafe, Madrid. The aim of this testing process is to demonstrate the reliability and integrity of the aircraft structure (Figure 7). 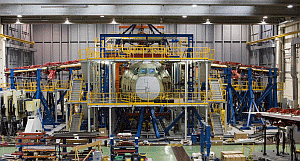 Figure 7 The static tests of a dedicated A400M complete structure

First activity is the static testing of the complete aircraft structure built to purpose and which will never fly. This is one of the two structural tests (the other is fatigue) of the complete aircraft in this programme. The main objectives are to demonstrate the structural capability to withstand critical loads for which it has been designed. This MTAD centre is also responsible for checking the behaviour of the elements made of carbon-fibre under cyclical loads (fatigue) for the entire operative life of the structure. The loads will be applied by means of 125 hydraulic actuators commanded by the most advanced controlling system. The stress in the structure under load will be measured at 6,000 different locations.

Second, the complete testing of the horizontal tail plane, as part of the non-flying frame. The purpose is to demonstrate the strength of the structure and the tolerance to fatigue.

And third, the structural testing already on the first aircraft assembled at the Final Assembly Line in Seville. Two of the three ground tests before first flight have already been successfully completed. These are: the application of loads equivalent to stationary flight and check for correctness and gaps of the wing flight controls and the calibration of the sensors installed on the aircraft to measure the loads in flight. The third ground test – a vibration test to check the structural behaviour under dynamic loads – will be performed in the next months according to schedule.

The Structural Testing Department of the EADS Military Aircraft Division in Getafe (Madrid) has 35 years’ experience in this field. It has performed certification tests for all the Airbus programmes (including the A380 Programme) and Eurofighter 2000, among others.

The aim of the static tests is to take the structure of an aircraft and its major systems through extreme load conditions. They are to simulate all the movements and loads such an airframe, including all its composite elements, can encounter during its service life. They have to progressively demonstrate that the structure can reach the “limit loads”, which are the maximum anticipated loads the aircraft is expected to ever encounter in operations. Subsequently, the static tests will be pursued to then demonstrate “ultimate loads”, which are 1.5 time the limit loads. As a final step, the static tests will be continued until rupture of some elements, in order to assess the built-in margins, allowing subsequent performance increases or further developments.