The Marlborough Partnership - an executive search and selection company within the aerospace industry - has appointed Richard Taverner-Lewis (Plate 12) to head up its pan-European operations from its Belgian headquarters.

A Business Studies graduate from Sheffield Hallam University, Richard began his recruitment career after three years of commercial experience gained in London as a consultant dealing with middle and senior-level management across a broad spectrum of industries.

In 1995 he joined the Blakebrook Group, relocating to the Brussels office which soon developed an enviable reputation for excellence, characterised by Richard's quintessentially English traits and thoroughly pragmatic approach to business. A fluent Dutch speaker, Richard has gained a deep understanding of the divergent European business cultures. 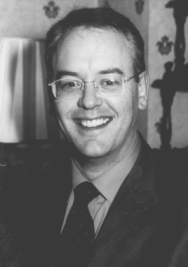 In 1998, the Brussels office expanded to include a dedicated IT and telecoms division as well as forming The Marlborough Partnership, its exclusive Executive Search division, with its core focus in the aviation and aerospace industries:

As dedicated head-hunters in our field, we maintain some of the highest levels of strategic business intelligence that exists on senior figures within the airline industry. Our consultants are experienced aerospace recruiters, drawn from within the industry.

He has secured particularly strong relationships within aviation and aerospace multinationals throughout the UK, Europe and the USA.