Birmingham International is joint sponsor of the award with Aer Lingus and the Birmingham Mail. 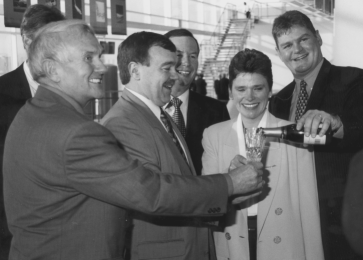 Major suppliers to the international aerospace industry, Indestructible Paint's performance has been impressive at home as well as in the export market.

This is illustrated by the fact that the company's exports rose from 22 per cent to 35 per cent of turnover in the last three years while turnover increased by more than 30 per cent in the same period.

We have grown from being a one-man outfit to a company now employing more than 25 people in a relatively short time. We confidently expect continued growth and will be taking on more staff in the not too distant future.