Data Device Corporation (DDC) has appointed Phil Burnley as its new European Operations Director. He will be responsible for direct sales offices in the UK, Sweden, Germany and France as well as distributors in many other countries.

Phil Burnley is an engineer with extensive experience in both industrial and military component and board level electronics. He started his career with Plessey Radar before going to work in the USA as Applications Manager for Plessey Microsystems, latterly Radstone Computers. Phil then built up the European business of VME board manufacturer Xycom before enjoying a spell as European Sales Manager for Analogic. 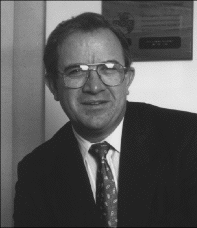