Liquid Plastics Limited (LPL) announce that Lionel Gorick (Plate 1), chairman and joint managing director, has been awarded an MBE for his services to the plastics industry and to the community of Preston, Lancashire. 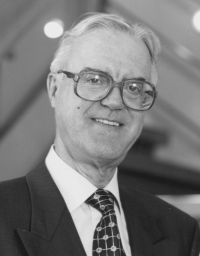 Plate 1 The chairman and joint managing director of Liquid Plastics Limited, Lionel Gorick, who has been awarded an MBE

For well over a quarter of a century, Mr Gorick, 72, has been a leading figure in the development of plastics-based surface coatings for the building and construction industries. He established Liquid Plastics in Preston in 1963, taking as a foundation plastics-based technology emerging from the USA in the immediate post-Second World War years, and developed a range of roof and external wall coatings.

Under Mr Gorick's direction, Liquid Plastics has grown to become one of the world's leading manufacturers of high-performance surface coatings and the company today enjoys global sales and has 250 employees. Its liquid roofing systems, exterior wall finishes, anti-microbial coatings, anti-corrosion systems and fire retardant coatings have been used on some of the most prestigious structures and buildings world-wide, including Birmingham's National Exhibition Centre, the QE2 and Trump Towers in the USA. The company's product offer has also recently been extended to include a complete range of seamless flooring systems, from thin set epoxy Terrazzo to hard-wearing industrial finishes.

In addition to the MBE, Mr Gorick was recently elected an honorary fellow of the University of Central Lancashire in recognition of his scientific innovations and business acumen. One of the company's environmentally friendly roof coatings was included in Prime Minister Tony Blair's Millennium Products initiative and HRH, the Duke of Gloucester recently visited Liquid Plastics to conduct the official opening of the company's newly refurbished £1.5 million Preston-based head office.