East London hot-dip galvanizers, Parkes Galvanizing Ltd, have appointed Mark Endsleigh (Plate 1) as Operations Manager. Mark, previously Sales Manager, has taken over the top job in succession to Mike Harty who has moved to a business run by his family in his native Scotland.

He will be responsible for a turnover exceeding £1.1 million a year and a team of 26 staff who treat thousands of tonnes of metal a year using the hot-dip galvanizing process, ranging from one-off items like a single gatepost to large consignments of structural beams each up to 10 metres long. 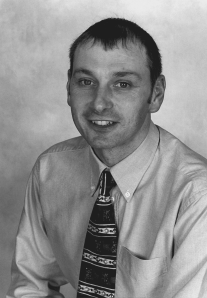 Mark joined the galvanizing industry as a technical sales representative at Parkes in August 1990, after six years specialising in welding, for which he holds a number of professional qualifications. He is a time-served apprentice metalworker with Hawker Siddeley at Nutfield Airfield, near Redhill, Surrey.

At the Parkes plant, Mark has been involved with a programme of ongoing developments, including the installation of new "pre" and "post" galvanizing treatment facilities, and a new cranage system. These have been used to process metal for - among other sites - the Millennium Dome, Canary Wharf, Lakeside and Blue Water Shopping Centres, Jubilee Line Extension and Arsenal's Highbury and Charlton's The Valley football stadiums.