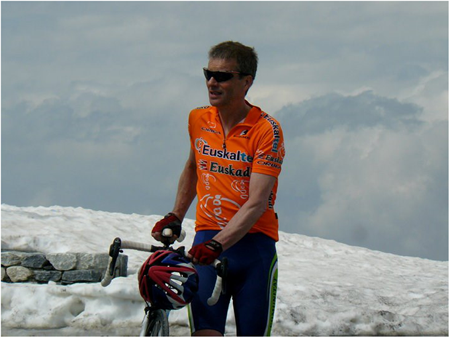 Bill Lindsay was Lead Consultant Clinical Psychologist, Head of Research and Clinical Director in Scotland for the Danshell Group. He was previously Head of Psychology (Learning Disabilities) for NHS Tayside and a Consultant Clinical Psychologist at The State Hospital, Carstairs, the high secure hospital serving Scotland and Northern Ireland. Bill was Professor of Learning Disabilities and Forensic Psychology at the University of Abertay, Dundee and he held honorary professorships at Bangor University in Wales, Deakin University in Melbourne, Australia, the University of West of Scotland and Northumbria University in England.

Bill was involved in obtaining over £1 million in research funding and he published over 300 research articles and book chapters. He also wrote and co-edited several landmark books in the intellectual disabilities and forensic fields and he edited and co-edited numerous special issues of academic journals. Bill gave hundreds of keynote addresses, conference presentations and workshops on cognitive behavioural therapy for, and the assessment and treatment of offending behaviour by people with intellectual and developmental disabilities. He received numerous awards in recognition of his contributions to the science and practice of psychology with people with intellectual disabilities from national and international organisations such as the British Psychological Society and the National Association for Dually Diagnosed (NADD) in the USA.

Despite his diminutive stature, Bill was a true giant in the intellectual disabilities field. His recent untimely death was a great shock to me along with countless others. Although I knew Bill a little from when I trained and worked as clinical psychologist in Scotland in the mid-late 1980s, we really got to know each other in the late 1990s when we started to talk about how we might raise the profile of forensic work in the intellectual disabilities field. With characteristic vision and foresight Bill suggested that because of our respective areas of clinical practice (his community focus and my more inpatient orientated work) we could join-up our efforts to describe and study the forensic intellectual disability field in a more comprehensive way. I had been flirting with the idea of developing a clinical evaluation/research component to my practice but it was Bill who pushed me into it with the force of his arguments and logic. Of course, he was right and I have always been grateful to him for his persistence and encouragement in this regard.

From 2000 onwards Bill and I started working together on a number of projects. He advised me on my doctoral research and supported me in setting up the Forensic Learning Disability Steering Group of the NHS National Forensic Mental Health R&D Programme to promote Department of Health research funding and support in the field. Along with a number of colleagues, Bill and I were closely involved in the Rampton, Northgate and Tayside study on risk and personality disorder assessment and the Northgate, Cambridge and Abertay Pathways study both of which led to many influential publications and spin-off studies. We also got to spend some time together, along with many of our intellectual disability research community friends at various conferences and meetings around the world. Bill was always energetic, enthusiastic, encouraging and most of all generous with his time, ideas and credit for work. Like many others I have benefited greatly from Bill’s generosity, positivity and kindness. I am grateful to him for all of that.

Bill’s impact on the intellectual disabilities field has been immense. Importantly, however, his academic enquiry was always informed by his work as a clinical psychologist with people with intellectual disabilities and this direct contact with people and their lives, problems and needs is something he always maintained, despite the many and varied demands on his time and attention. This is something else I learned from Bill – continued contact with our clients and patients is essential for the clinical researcher.

All of that said, like all colossi, Bill had some weak spots. He was in such a hurry to publish research findings so that colleagues in the field could read about and benefit from them that his writing could be hit-and-miss. I learned to be a good editor through my work with Bill – another thing I am grateful to him for. Worst of all though was his insistence on wearing denim shorts and a leather jacket at every available opportunity. His many other qualities just about made up for these sartorial crimes!

Bill and I had just finished co-editing and writing a handbook on offenders with intellectual disabilities for Wiley-Blackwell. For a number of reasons it had been a struggle for both of us to get this project finished, but we did – just. I am so sad that he will not be around to see the damned thing in print. Bill was super-fit and a fanatical cyclist. He had been cycling the morning of his death and had spent the day going to the football and being with Isobel, his wife and their family and grandchildren – his other great loves along with listening to and making music. Along with all his family, colleagues and friends I will miss the man very much.