Part I: Perspectives and Concepts in the Study of Terrorism 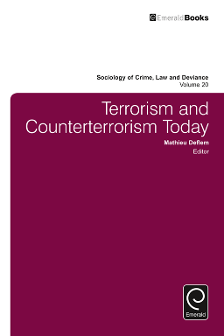