Part I Identifying the Challenge: A Critical Discussion of the End of Progress: Decolonizing the Normative Foundations of Critical Theory (2016), By Amy Allen

Part III Confronting the Challenge: The Dynamics of Progress in the Modern Age 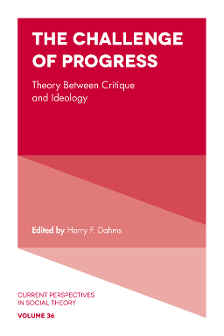