Marc reviewed the situation. RoHS is a single market directive, issued under Article 95, with harmonized national legislation, and WEEE covered electrical and electronic equipment at the end of its life, whereas RoHS covered the six substances known now to be banned w.e.f. July 1 this year. There were eight categories not covered, including two medical devices and monitoring and control instruments, but this is under review.

Military equipment, batteries, are exempt. Permitted levels, the exemption process, submitted to the Commission, is the responsibility of the Technical Adaptation Committee who, from November 22, will study new exemptions; there are six new proposals, which will be considered but expect nothing before early 2007. The consideration of additional exemptions continues. All EU members' states now have their own legislation on RoHS now. If you need to check, have a look at www.dti.gov.uk/innovation/sustainability. What is happening in the big wide world on RoHS? Marc was unsure, but his boss was is in China explaining RoHS to the Chinese, and presumably the Chinese will have their own RoHS in due course.

NWML is the policeman for RoHS enforcement, their approach to enforcement has been avuncular, and thorough, and covers final products being placed on the market only, such an action indicating compliance. Penalties are £5,000 per offence, and if it goes to a magistrate's court, fines can be unlimited. So, the requirement is to comply and have evidence of compliance. Compliance should be achieved through co-operation, and not by prosecution. NWML responsible for the UK only, even if it is a foreign company producing over here. The objective is for a clean UK' the NWML Enforcement Guide published in May 2006, covers a huge number of topics, such as sampling based on risk, requests for evidence, and it described their general approach; top questions include waivers, periods of grace, to which the response is “if it wasn't compliant before July 1st, and it isn't compliant after July 1st, then there are no waivers or periods of grace”. The phrase “laced on the market” means the point of legal transfer, and applies to each individual product, which does not apply if it is for sale outside the EU, or is built for own use. Due diligence is where you have taken all reasonable steps to comply; there is no prescribed “right approach”. No certificates are required, no special markings, no formal customs procedures.

Profit from Cleaner Design – Rob Holdway, of Giraffe Innovation Consultants, attended on behalf of Envirowise; his company was thinking upstream, in the early stages of design. You have to bear in mind that the planet Earth lives unsustainably; 1.5 billion people do not have access to electricity, and are a drain on natural resources. So they see sustainability as an opportunity, not a threat. They aim to reduce the cost of compliance with EU directives, and to offer practical tools for sustainable design, helping reduce manufacturing costs and end of life costs. www.envirowise.gov.uk is the place to look. This site has had six million hits on the web site since they started.

Rob mentioned that 8ton of electronic wastes are created per person in their lifetime. He gave some good examples of over packaging, it was not necessary, it served no purpose, and no one asked for it anyway. Removal of such material showed significant costs savings and eco-benefit. Small trivial things on their own are unremarkable, but combined they represent huge potential savings. Why package air? Wal-Mart suppliers reduced 5 percent packaging by 5 percent recently with huge benefits. He recently tested a toy imported from the States, and five out of the ten tests carried out showed non- compliance. More design control is coming back into the UK, and his company can investigate the costs involved in all areas. www.weeeman.org.uk hit to get you going with eco-led product innovation.

Richard introduced us to the environment committee at Intellect, which proposed and enacted legislation where is affects their diverse membership. Totally 47 member companies, of which 30 are active in the B2B, and B2G, and they all work in a wide variety of fields. Intellect have had to deal with, and are dealing with, WEEE & RoHS, the EuP Directive, REACH, and GHS, F-GAS (Fluorinated greenhouse gases), the Waste Framework Directive, the Water Framework Directive, the Groundwater Directive, the Environmental Legislation Directive. Ones heart goes out to them. Intellect really has to make it all work, but it is slow work, and very heavy going. SME's? There are not many on committees at Intellect. They join in from time to time, but they are usually busy people without the resource to support Intellect. Richard mentioned the EIGT Report on Electronics 2015 – making a visible difference, in which one of their recommendations was the formation of an ERG (Electronics Regulatory Group) which should increase industry influence on EU regulation. This is just about beginning. The regulatory burden is too great; £37 billion in extra costs to British Industry since 1997, and still rising.

There followed a Question Time Panel of all the speakers, in which a number of questions were answered, most of them specific, but some interesting points emerged.

Firstly, that the impact of WEEE has made companies design their products to last longer. Secondly, that there are a huge number of fakes and forgeries in components being shown up. NWML have yet to find a product that is fully compliant, usually it is just one thing that has been overlooked. RoHS exemptions – will have been, and probably removed within the next four years. Design for dismantling has accelerated, now there are quick release screw mechanisms, and shredding waste is increasing.

Chris kicked off with some illustrations of secondary lead-free reflow where lead contamination causes de-lamination, by both hard and soft fractures. How can you measure these? Globally the IEC 62321 Standard outlined the procedures to determinate levels of six regulated substances, got a negative vote. Totally, 50-100 pages of proposals received 400 comments covering another 50 pages, so there is nothing coming along here on this as a standard. But what about XRF measurements? What is XRF? How does excitation work? Peaks are measured on energy levels; it gives atomic detection, but no chemical information. Other issues include background effects, it is density dependent, critical depth, there is a lack of reference materials for RoHS testing with XRF, and the cost is high. XRF can be handheld or bench top.

The pin diode detectors have the best resolution, working at 250eV. At NPL they have one of the bench top models, and they are comparing the different instruments on the market today. (Fischer, Niton, Oxford Instruments, Roentgenanalytik Messetechnik.) Users include Alcatel, RIM. They are looking at various metals – pure tin contaminated with lead, chromium passivated zinc plated screws, BGAs with tin/lead and lead-free, XRF is a relatively straightforward approach to analysis, it can provide a quantitative analysis over a wide range of concentrations and materials, but even the best analysis requires optimisation. This is an area which will develop as RoHS testing matures.

Tom Perret of Tin Technology/ Soldertec gave a paper on WEEE recycling – Best practice in Europe. He and his colleagues had travelled to six countries in ten days to see how they were coping with the WEEE Directive. To say it varied would be an understatement. They went to Sweden, Spain, Austria & Germany.

In Sweden it is the El Kretsen scheme, which 21 trade organisations dreamt up, and this looks after all the producer obligations, it is now the national WEE collection scheme, working in conjunction with the Swedish municipal authorities. There are 650 sites in Sweden, and they have collected 122,000ton of WEEE rubbish, and in Sweden they collect everything; fluorescent tubes, and all electrical bulbs, all are recycled.

In Spain there are nine compliance schemes operating. There are 17 different autonomies, and it is the local authorities who responsible for WEEE collection, so as a result there are very few collection points in Spain (only 450), As an example, through the whole of the Basque Country, they will collect 2,100 ton this year. Compare this to Sweden.

Treatment in Europe. There are some emerging technologies – not much in metal treatment, but in plastics, with de-bromination using the Creasolv Process; this gets waste bromine out of plastic, purifies it and precipitates it. By this process you can convert polymer to diesel – even with all sorts of plastics, what you get out is diesel. Sounds good.

MBA Polymers has been established, in a partnership between Flextronics and GE, this company has a system that converts 2kg of scrap plastic into 1kg usable polymer such as ABS, HIPS & PS. This is a £12 million plant with a capacity of 40,000MT production per annum.

Key findings – the recovery of plastics fractions is essential to meet the recovery targets. Sophisticated collection and handling facilities are required; as is the training of operators, and senior staff through the supply chain.

Andy Longford was here to tell us about the ELFNET joint project, the European Lead-Free Soldering Network. Legislation has made us change the basic glue that holds everything together in the electronics industry. ELFNET was founded in 2004, has 34 members, and lots of information on their web site. They have a full database of 33 SAC alloys, and are working on heterogeneous assembly tin whiskers, and reliability test methods. Where does RoHS apply? Consumer electronics 100 percent; telecoms 30-60 percent; aerospace and defence, not at all; automotive and industry up to 70 percent. 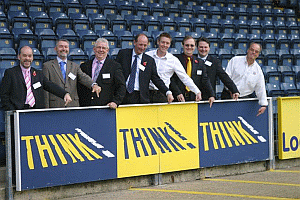 Interconnection issues – new materials – what are the drivers? Smaller products with greater functionality; research and implementation; high reliability connections; ELFNET has delivered 55 different aspects in six areas of activity; and in development programs they will have a road map for interconnection by 2007 March. However, there is still a need for better connections (beyond lead-free is now called Connect) and a need for reliable materials for sustainable interconnections. Here, we also need to look at environmental impact, life cycle, manufacturability, and in service performance. We want, will want, and hope to have, global leadership in Framework 7, as well as design requirements for reliability. You will find that in the packaging roadmaps being drawn up by IPC, by iNEMI, pointing to smaller faster, cheaper, smart self-sufficient equipment, where demands for heterogeneous materials have already been drawn up (Figure 15).

A well-attended seminar to have a look at what has happened since July 1. On the face of it, a lot, and there is much yet to be done.