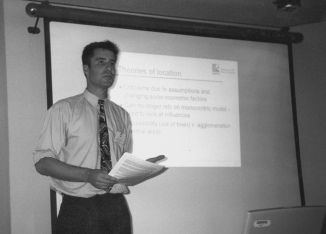 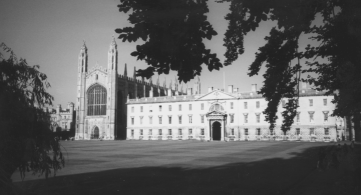 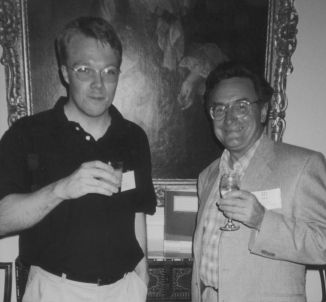 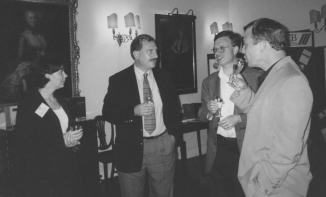 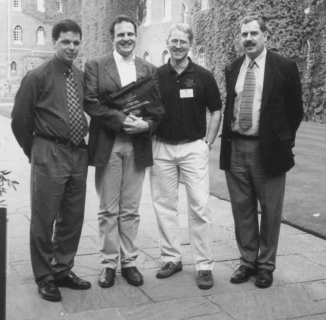 Plate 5Stephen Brown (second on the right), Head of Research at the RICS and organiser of The Cutting Edge with (from left to right) Edward Finch, editor of Facilities, Nick French, editor of Journal of Property Investment & Finance and Mike Hoxley, editor of Structural Survey. 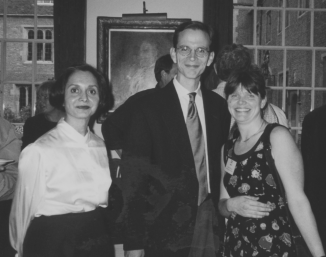 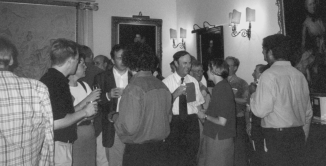 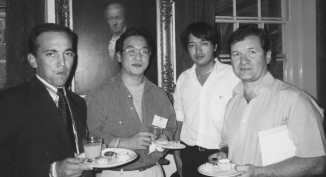 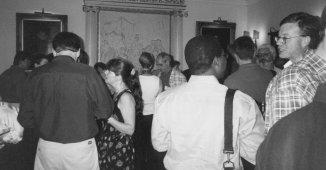 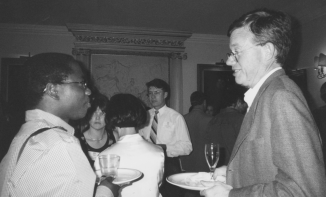 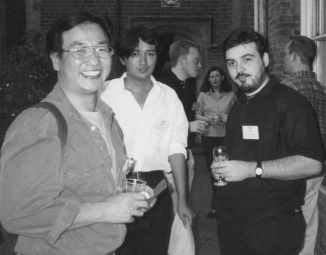 After the Welcome Reception delegates were treated to punting on the River Cam (Plate 12). 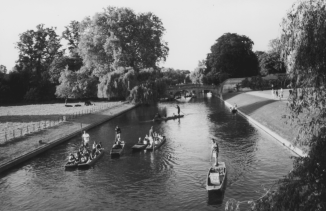 David Shiers and Colin ElliotThese papers explore the degree to which property (and particularly commercial property) can contribute to environmental sustainability, one of the key themes of the 1990s. They seem to suggest that "green" development can be an actual advantage to occupiers and developers, as well as to society as whole.

John HenneberryJohn Henneberry contends that the London-based property investors and developers, while claiming to operate according to rational methods, act in such a way as to deprive the regions of investment finance. This has had the effect of denying regional towns and cities, such as Sheffield, an adequate commercial building stock and so has hampered economic development.

Richard Peiser, Jon Coafee and Simon GuyRichard Peiser's paper looks at the ways in which our urban areas have tended to sprawl and considers that some aspects of this are inevitable, whereas others can and should be mitigated. In the context of the recent report of the Urban Task Force, this is of considerable topicality.

Nicky Morrison and Jessica McGartyThe papers of Jessica McGarty and Nicky Morrison both look at the issue of how to accommodate the numbers of increased housing that are being projected. Jessica McGarty's considers barriers to using brownfield sites and suggests that the proposed landfill tax is not a great barrier but that there are others, such as the planning system, funding opportunities and uncertainty as to the nature of contamination.

To review the above research papers visit The Cutting Edge 1999 Web pages at www.rics.org.uk