Micro-electromechanical systems (MEMS) technology has traditionally been based around silicon but now a US company, Translume, has developed a family of micromachining techniques that can create complex, three-dimensional structures, dubbed glass MEMS, from fused silica glass (SiO2). Being notorious brittle, glass may, at first sight, appear to be an odd choice of material for MEMS devices with parts that flex or move but at the microscopic level it is quite elastic and is also hard and light and exhibits a number of other properties which make it well suited to sensing applications. Unlike silicon it is optically transparent across a broad range of wavelengths, from the deep UV into the mid-IR; it has a very low coefficient of thermal expansion (0.57x10-6/K over the 0-200°C range), which is similar to or better than the low expansion alloy Invar; it is an excellent thermal insulator, with a thermal conductivity approximately 100 times lower than silicon; and is compatible with all biological and industrial fluids (except hydrofluoric acid (HF)). Indeed, some of these properties are exploited when silicon MEMS devices are bonded to silica substrates or support structures.

The company's micromachining process involves a very short, computer-controlled laser pulse with a duration of around 100fs which is focused on a point inside a glass substrate. At the focal point, the light intensity is sufficient to convert the glass instantly into a plasma through nonlinear absorption processes. However, as the pulse is extremely short, the glass almost immediately re- solidifies and by applying appropriate laser parameters, it is possible to control the local nanostructure of the re- solidified material and thus modify its physical and chemical properties. These include the local refractive index (RI) and chemical reactivity, i.e. its susceptibility to etching with HF. The company terms the processes causing changes in RI and reactivity femtoWritee and femtoEtche, respectively. The alteration of these properties, often combined with HF etching, can be exploited in the fabrication of all manner of micro-optical, microfluidic and micromechanical devices. An example is a prototype, optically-addressed displacement sensor, based on intensity modulation and aimed at micro-robot applications. This is fabricated from a single piece of amorphous fused silica into which all of the mechanical, structural and optical features are monolithically integrated. These include flexures, a frame and a moving platform, the waveguide array and input/ output fibre ports, as shown schematically in Figure 1. The sensor features 16 flexures (hinges) in a double- compound rectilinear format which provide mobility along one axis while maintaining good stiffness along the other, together with three waveguide segments. An input waveguide is created in the frame which brings an optical signal from the external light source (a laser diode operating at 750nm) to the boundary separating the frame from the mobile platform; a second waveguide segment is located in the mobile platform whose position is selected so that at rest it is aligned with the input waveguide and a third waveguide is created in the frame. This brings the optical signal from the mobile platform to an external photodetector. This design has subsequently been modified: the single waveguide in the mobile platform has been replaced with an array of parallel waveguides and positional readout accuracy was improved by writing an additional pair of input and output waveguides. With a range of over 1mm, stage position can be determined with a resolution equal to or better than 50nm. 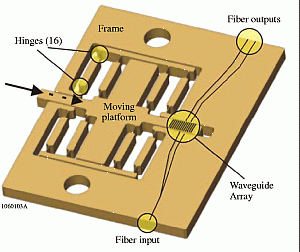 A particularly innovative device has been developed in conjunction with the US Army Tank-Automotive Research, Development and Engineering Command, a sensor which monitors the condition of lubricating oils in military vehicles. This features waveguides and etched microfluidic channels which are used to facilitate a range of different sensing techniques. These include optical absorption at visible and mid-UV wavelengths to determine the oil's soot concentration and chemical degradation; scattering which provides a measure of solid particulates; and RI, by phase interferometry, which can indicate water contamination. An option is also to measure fluorescence which can detect contamination by coolants. The external components, which include optical sources and photodetectors, are directly bonded to the glass structure and data are transmitted via wireless communications to a remote PC.

The company's first commercial product is a soot agglomeration sensor for monitoring vehicle lubricating oils. Combustion generates fine soot particles (typically 60-200nm in diameter) which tend to agglomerate and form larger, micron-sized particle clusters as the oil's dispersant is depleted. These particles are comparable to the thickness of the bearing oil film and may cause rapid bearing damage. Thus, the onset of aggregation is a critical parameter that needs to be measured in real-time. The sensor combines Translume's micro- optic and microfluidic technologies and exploits a visible/near-IR opacity sensing technique which allows the real-time, on-line monitoring of the oil's condition. It can be integrated into the engine's oil filter or deployed in a bolt-on configuration on an oil filter cap and runs on engine oil pressure and power from the standard vehicle voltage supply. Figure 2 shows the unpackaged sensor and a sensor installed on a vehicle is shown in Figure 3. 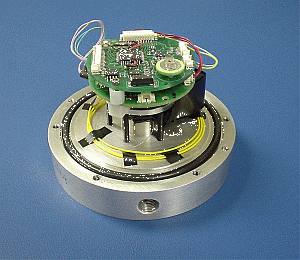 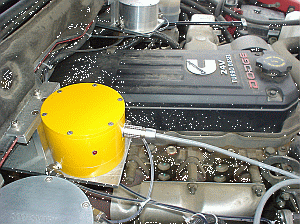 Figure 3 The sensor installed on a truck equipped with a Cummins diesel engine (Translume, Inc.)

Translume is now working on a number of product developments aimed at applications in the defence, aerospace, life sciences and telecommunications industries.