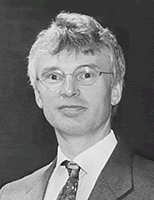 It would be hard not to notice that we are now living in an increasing wireless society. TV and radio are old favourites, mobile phones are ubiquitous and the tangle of wires that used to link office equipment is steadily reducing.

My keyboard and mouse are wireless, and my PDA can talk by Bluetooth to my mobile phone which can link to the World Wide Web so I can surf the net from a piste side hut in the Swiss alps should the need arise.

I use the term “wireless” as opposed to “radio” partly because sometimes these and other devices use infrared instead of radio (see A scalable, on-board localisation and communication system for indoor multi-robot experiments, pp.167–180), and also because getting rid of the wires is the important bit.

Wires are expensive, easily damaged, need connectors at either end, and are of a finite length. All of which costs money and limits the usefulness of the devices they connect. However, they do have the benefit of containing the data that they transmit.

Radio waves pretty much go everywhere, especially if they are launched by compact antennas. IR is almost as bad once it starts reflecting off ceilings and walls. The end result is that problems of interference become the major technical stumbling block for wireless communications.

Fortunately, the world is well stocked with much cleverer people than I who have done an incredible job making these systems work as well as they do. However, despite all their endeavours in the end all these systems are limited by bandwidth. And the more devices that are competing for time in the same area of the radio spectrum the lower the bandwidth becomes.

All the above is a rather convoluted way of bringing us to one of the themes of this issue which is “Smart Sensors”. The term is much abused, but in my view it should be applied only to sensor devices that pre-process their own data in some way both to improve its quality and, just as importantly, reduce the amount of data that needs to be communicated.

For example a CCD imaging chip should not be termed a smart sensor, however, if it performs some image processing operation and/or compresses the image to jpeg format then I would certainly class it as “smart”. Performing these operations within the CCD chip or at least within the camera, as opposed to in a remote computer is well worthwhile anyway, but if this processing means that you can use wireless communications then the benefits are even more impressive.

It is always nice when technological advances in one area lead to benefits in others. I believe that the combination of smart sensors and wireless communication will prove to be highly beneficial for future systems development – but I would not sell copper stocks just yet.