It takes electronics component manufacturer Batten and Allen around 6min to produce 50,000 components on its modern high speed presses (Plate 1). Until recently, component inspection was carried out using computer controlled shadowgraphs and although they performed well, a typical production check would tie up its two measuring machines. In addition, magnification by the shadowgraphs of around 50 times was also beginning to prove insufficient as component size decreased and tolerances were progressively tightening to around 50 microns. 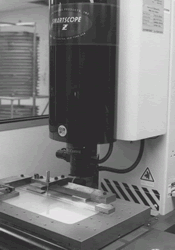 Plate 1 At Batten and Allen some 50,000 parts are pressed every 6min so the OGP SmartScope is critical for single set-up sample checking

While production had been improved, through the installation of the latest high speed presses in conjunction with the development of sophisticated multi-impression tooling that could produce up to eight parts a stroke, inspection was progressively falling behind. This led to the decision to reconsider video-based measurement, which resulted in an OGP SmartScope ZIP being installed by Disc (GB) of Hatton in Derbyshire to check samples in one set-up and in half the time of a shadowgraph.

Batten and Allen had considered using video-based systems in the 1990s, but at that time it was not confident. The repeatability or consistency of the focus would meet its needs and so committed to the more tried and tested technology of shadowgraphs. "However," outlines Frank Weaven, Quality Manager, "following an initial demonstration, we decided to take the OGP machine on extended trial and performed back to back comparisons against a competitor product and the existing shadowgraph method."

The OGP trials were so successful that Frank Weaven maintains: "We initially bought the SmartScope and subsequently installed three more." Subsequent to straightforward inspection there have also been a number of spin-off benefits. For instance, images created from the inspection process can be printed out for shopfloor use or emailed to customers to illustrate discussion points. As Frank Weaven describes: "When we are developing a production method for a new product, the improvement in communication that arises from this capability is extremely useful."

Batten and Allen produces around 400 million parts a month. Working around the clock, most components are produced in reels, which contain 50,000 or more parts. The presses are fed with coiled brass, tinplate, copper or beryllium copper strip, which are then processed and re-coiled. As Frank Weaven explains: "The coils allow our customers to directly load the parts into an automated process line so it is vital that the functional part of the component is in the right position and totally conforms to specification, which is achieved via our development processes capable of meeting six sigma quality standards."

The advantage of using the OGP SmartScope ZIP 250 is its ability to combine touch probe and CCD camera with "smart ring'' programmable illumination. It also has automatic calibration, 200 M optics and what is regarded as industry leading image processing with CAD interface and colour analysis software. It has a measuring volume of 300 mm by 150 mm by 150 mm with X, Y, Z resolution of 0.5 micron. And, included in the specification of the Batten and Allen machine is a 768 by 495 pixel array with 256 level grey processing.

Phil Purser, Quality Assurance Assistant explains: "If we use the shadowgraph to check components then we have to re-calibrate the lighting conditions in order to measure in both the flat and side-on attitudes. Although this does not take very long, it is more efficient to use two machines pre-set for each approach attitude. Here, the advantage of using the SmartScope is that the lighting conditions are programmable so that one machine can easily perform both checks, which is much quicker. It is also better from the standpoint of repeatability of results as both sets of measurements are traceable to a single calibration," he says.

Batten and Allen's SmartScopes are now set-up with identical fixturing frames. These are equipped to fix the flat strip and side-on fixturing blocks in pre-programmed positions for the automated inspection sequence. On components manufactured for tantalum capacitors, which are widely used in the mobile telephone industry, up to 39 features can be checked in a rapid sequence of stage movements with the results referenced to the works order number and directly fed into a centralised database for SPC.