Lotus is a name synonymous with the production of stylish and prestige sports cars. They currently produce just 3,000 per year of perhaps the company's most famed and desired model, the Elise, each one taking 203 hours to hand-build, and its individual assembly line production cells are afforded the ungivingly narrow window of just 20 minutes "move on" time. Using the most efficient and accurate measuring and inspection solution is critical, so it was to Coventry based Faro UK's FaroArm and CAM2 software that they turned when looking to fulfil this daunting task (see Plate 4). 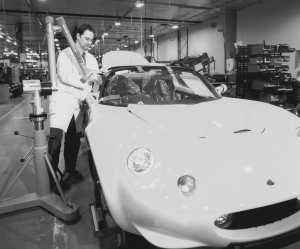 Plate 4 Using the most efficient and accurate measuring and inspection solution is critical in building the Lotus Elise, so it was to Coventry-based Faro UK's FaroArm and CAM2 software that Lotus turned when looking to fulfil this daunting task

"With only 20 minutes to get-in, measure and get out, whilst at the same time negotiating the reality of a production floor, we suspected that finding a piece of equipment capable of fulfilling all our needs would be like looking for a needle in a haystack", explained build engineer, Mark Bridges.

From the "chassis dress" stages at the very beginning of the Elise assembly line through to the point at which the majority of body components are bonded to the "tub", it is vital that the alignment and fit of subframe components are continually measured against their engineering specification. This ensures that any divergence is detected before becoming manifest at a later, more costly stage in production.

Mark continued: "Given our requirements in terms of accuracy, we knew we were in the market for a CMM but the equally important considerations of portability and speed of data collection ruled out the majority of systems we were aware of.

"Purely by chance, one of our engineers commented that he recalled seeing an advertisement for an ingeniously innovative concept in 3D measuring technology, the FaroArm. As a company that prides itself on innovation, curiosity won out and we called Faro UK to arrange a demonstration. Suffice to say we now have three Turnkey Systems operating across a diversity of design, build and inspection applications", he concluded.