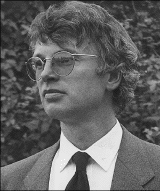 Have you ever consider how useful weight is? Perhaps I should really refer to mass not weight as mass is even more useful, and the weight of an object is a variable depending on the gravitational pull that it is being influenced by at the time.

In a single measurement that is easily obtained we can characterise an object. What other measurement can we say that about? Volume is OK if all you have are cubes, spheres and cylinders but anything else gets rather tricky. Colour will vary depending on coating thickness, makeup and surrounding lighting. Temperature will also vary across the surface and through the body of an object. Even pressure inside a container will vary due to local discrepancies in temperature and the vagaries of Brownian motion. Dimensions will also vary with temperature, pressure and applied loads.

I cannot think of any other property that is so universally constant and so easy to measure. A single load cell can tell you the mass of an object and it does not matter if the object is a simple perfect cube or an intricate mechanical sculpture. Its mass is its mass and that is all there is to it.

Out on a country walk near my home recently I got lost (a not infrequent occurrence) and I ended up approaching a farm from the top of a hill at a widely different angle from any previous walk. I was lost and did not expect to find myself where I did but I still recognised the farm almost immediately. A whole new view, a whole new perspective and yet somewhere inside my brain a flag went up with "Troutbeck Farm" on it.

Just as we use mass to classify an object regardless of its position or orientation my brain had a unique classification for the farm.

The theme of this issue is "image processing algorithms" and it occurred to me how useful it would be if we had a vision system that could characterise and recognise objects regardless of position, orientation and whether or not that particular view had ever been seen before. Our tutorial and PatMax article in this issue show that significant progress is indeed being made in this area; however, there is still a very long way to go.

I consider that the already successful application of machine vision in industry will see a major advance once these techniques have been further developed. Not just for the ability to recognise an upside down widget as an upside down widget but also because the algorithms that will need to be developed to make this work will also overcome many of the current problems caused by backgrounds and lighting.