Abstract Knowledge has been described as the only source of sustainable competitive advantage in an information economy. The author defines knowledge work, and shows how managers can harness the potential of knowledge workers to expand the knowledge base of their organizations. Reporting on an in-depth study of over 2,000 knowledge workers, he identifies five distinct but interdependent roles being performed by knowledge workers and the value each role is perceived to contribute to the organization's strategic objectives. Citing examples of how some companies support their knowledge workers in communities of practice, he shows how an organization can give more people more opportunities to acquire, apply, create, share, and leverage knowledge.

Role One – acquiring knowledge. People in this role learn how to access and use the existing knowledge of the organization in order to complete their assigned work. They acquire the knowledge (i.e. theories, models, principles, and information) required to make effective decisions and take appropriate action.

Role Two – applying knowledge. People in this role use the knowledge of the firm (i.e. theories, models, principles, and information) to independently plan and complete important tasks – without having to defer decisions about their work to others.

Role Three – creating knowledge. Employees in this role identify gaps in the organization's existing knowledge base, and then create new knowledge to fill those gaps. They do this by challenging the status quo; by adapting existing knowledge to address new challenges; by finding creative new ways to solve previously unsolved problems; and by inventing potential new products, work processes, tools, technologies, and so forth.

Role Four – sharing knowledge. By sharing their knowledge and experience, Role Four contributors help others acquire and apply knowledge to the tasks of making effective decisions and taking appropriate action.

Role Five – leveraging knowledge. Role Five contributors create the cultural and strategic context that shapes the minute-by-minute decisions and actions of people throughout the organization. They exert significant influence on the decisions that define what the organization does, how the organization does its work, and how it competes in the marketplace. One task of this role is to make knowledge more widely accessible by transforming the knowledge in people's heads into expert systems, structures, processes, policies, norms, and strategies.

One critical element of our research involved asking managers to force-rank their knowledge workers based on "the value of each worker's contribution to the organization over the past 12 months." (Those ranked above the 50th percentile were classified as "above average.") We then asked managers to identify the roles in which each employee was consistently contributing, and correlated these roles with the rankings data. Exhibit 1 summarizes the results and shows the strong connection between the five roles of the knowledge worker and perceived contribution.

The three most important patterns that can be identified in Exhibit 1 are:

We also found people performing these roles independent of position. In other words, we found new CEOs who were heavily focused on acquiring knowledge, while technical employees were leveraging knowledge. Based on our findings, it appears that the tasks of the learning individual and the learning organization are one and the same: to become adept at acquiring, applying, creating, sharing, and leveraging knowledge that will enhance the organization's competitiveness.

In order to thrive in an information economy, organizations need the contributions inherent in all five of the roles. And as competition intensifies, Roles Three, Four, and Five become increasingly important. The five roles, called the contribution continuum, provide a framework for analyzing the organization's knowledge management strengths and weaknesses. For example, some organizations are great at creating new knowledge, but poor at leveraging it. Others are excellent at acquiring and applying knowledge, but fall short when it comes to creating new knowledge.

The contribution continuum also provides a framework for identifying barriers to each of these five roles. For example, the inability to learn from criticism is a common barrier to acquiring knowledge. A management style that fosters dependence can be a major barrier to applying knowledge. An organization culture that promotes conformity and punishes risk-taking is a major barrier to creating knowledge. The reward systems of the organization can discourage sharing. And an elitist notion of leadership often discourages non-managers from trying to leverage knowledge. By using the model as a diagnostic tool, organizations can identify the factors preventing them from using knowledge as an effective competitive strategy. 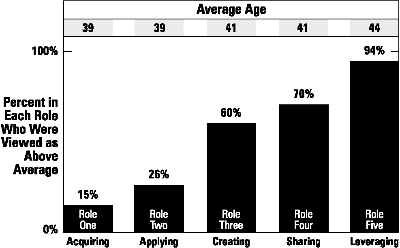 Exhibit 1 The link between knowledge roles and percieved value

A new definition of knowledge management

Our research findings led us to frame knowledge management as follows:

Knowledge management is the process whereby we engage every employee, regardless of position, in the important business of acquiring, applying, creating, sharing, and leveraging knowledge.

Communities of practice and knowledge management

Exhibit 2 Quotes from knowledge workers in communities of practice

Communities of practice work best when they are held together by a shared commitment to a specific area of expertise. Given its informal and voluntary nature, a community cannot be "installed" like a piece of equipment, "managed" like a work group, or mandated like a policy. Organizations can, however, nurture communities of practice by creating a supportive environment. Best practices some companies have found for creating a supportive environment include:

Communities of practice can enlarge the organization's knowledge base by giving more people more opportunities to acquire, apply, create, share, and leverage knowledge. And while organizations need to avoid being too intrusive, they can and should strive to harness the energy and genius that is created by these informal associations.