Dr Phil Davison, of BP Amoco Chemicals (Plate 13), has been elected as the new chairman of the European Solvents Volatile Organic Compounds Co-ordination Group (ES-VOC-CG). He took over from Dr Ian Dobson, also of BP Amoco Chemicals, who held the post for five years and is relinquishing the chair to make time to lead the UNICE advocacy activity on ozone and national emission ceilings. 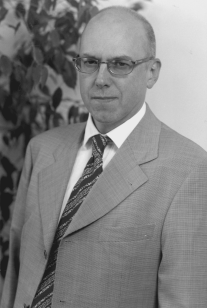 ES-VOC-CG was formed in 1992 to provide solvents users with a co-ordinated industry approach on the Commission's development of the Solvents Emissions Directive. It represents more than 30 European trade associations involved in the production, formulation and use of solvents and solvent containing products.

"Now that the Directive has been adopted, we will continue to work with the Commission to help the Directive's transposition into member states' national law", comments Phil. "Under the chairmanship of Ian, ES-VOC-CG has succeeded in becoming an effective consolidated cross-industry voice and an efficient mechanism for dialogue on solvent related issues. I look forward to building upon this achievement by broadening ES-VOC-CG's position in future dialogue with the Commission and other institutions on matters related to solvents."

Phil is currently issues and HSE manager for the Solvents & Industrial Chemicals Business. He has been a key member of the solvents team for the last 13 years at BP Chemicals (now BP Amoco Chemicals), responsible initially for technical and customer support on alcohols and aerosol propellants, and for ten years managing technical service and development activity for the whole of the solvents portfolio.