Recently delivered to Pesquera Cazador SA, whose principal partners are Norwegian fishing vessel owners, the trawler/seiner Cazador has been protected throughout, against corrosion and abrasion, by Jotun Paints coating systems (Plate 2). The vessel (Hull No. 115) was built at the Astilleros y Servicios Navales SA (Asenav) shipyard, Valdiva, to a Vik and Sandvik design, and the coating contract was won by Industrias Ceresita SA, the Jotun group's Chilean company.

Industrias Ceresira worked in close conjunction with owners and shipyard, both during the planning stages and throughout the coating contract. Jotun Paints manufactures a comprehensive range of marine coatings and, using carefully chosen products from this range, systems were formulated to 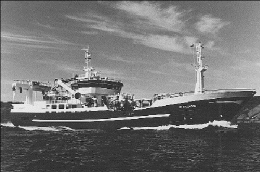 Plate 2 The trawler/seiner Cazador was the first fishing vessel to be built in Chile for Norwegian owners. With a fish-hold capacity of 1,800m3, she is protected against corrosion and abrasion by Jotun Paints' coatings. The coating contract was won by Jotun group's Chilean company, Industrias Ceresita SA, Santiago give the best possible protection in each of the Cazador's differing working areas.

For the hull below the waterline, the Jotun system comprised Marathon mineral-flakereinforced epoxy coating, Safeguard coal-tar epoxy, and Seamate HB 66 self-polishing antifouling. Marathon offers long-term protection in the toughest of working conditions, and was also chosen for the fish hold of the Cazador. Seamate HB 66 offers up to 60 months antifouling protection for vessels with speeds of 6 to 18 knots.

The topsides of the Cazador, together with her superstructure, were treated with Penguard epoxy primer, Primastic Universal epoxymastic and Pioner Topcoat.

Balloxy HB Light, its state-of-the-art specialist coating was chosen for the Cazador. A modified epoxy treatment with good penetration, this product is also stated to be free from the hazards of isocyanate and coal tar. Balloxy HB Light is not only light in colour to help application and inspection in dark restricted spaces, but also offers visual control over both mixing and applied thickness.

Jotun Paints supports its products with technical services which, anywhere in the world, can include project assessment, specification preparation, and on-site monitoring and report-back.

It is also reported that major critical areas of the multi-module production platform for the Britannia field ­ the largest undeveloped gas field in the UK sector of the North Sea ­ are protected against corrosion and abrasion by Baltoflake glass-flake reinforced polyester coating (Plate 3). 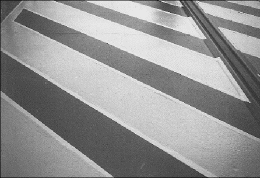 Plate 3 High-visibilty markings on the Baltoflake-treated decks of the Britannia production platform were added using Jotun's Weatherguard acrylic topcoat, which is isocyanate-free and has a 24-hour potlife

Formulated specifically for use on steel structures subject to extreme abrasion, the coating is said to be well-proven; a Baltoflake-treated helideck, for example, reportedly showed no signs of corrosion or mechanical damage after 18 years' duty.

Jotun's Baltoflake claims to provide long-term protection for even the most vulnerable areas of offshore installations, including helidecks, main decks, splash zones, walkways, pipespools and below cellar decks. It also claims to offer other important advantages. With no need for special application equipment, Baltoflake can be applied in single coat dry-film thicknesses of up to 1,500 microns, even on a vertical steel surface without sagging. This yields large savings in application costs and time to completion. Baltoflake is also fast curing, and can be walked on after only three hours. It has minimal solvent emission, being 96 per cent solids, and meets all current and future VOC regulations. By using Baltoflake on pipespools, considerable time and cost were saved compared to multi-coat systems used on other areas.

In addition to its exceptional resistance to corrosion and abrasion, Baltoflake claims to offer excellent protection against solvents and many other chemicals. It is available in a choice of colours with excellent colour retention. The coating is also fully compatible with cathodic protection, and meets Norsok M-CR-501 Rev 2, January 1996 requirements for structural steel, decks and subsea areas.

The Britannia field is managed by Britannia Operator Ltd, a joint venture by Chevron and Conoco.

Following this summer's successful assembly of the platform modules, the facility is now being commissioned. Once on stream, it will deliver 740 million ft3 of gas daily, over an estimated field life of 30 years. Given the difficulty of access to offshore sites, and the need to eliminate disruption virtually by frequent and time-consuming maintenance, it is essential that any protective coatings have an exceptionally long working life.

Built at the Kvaerner yard, Teeside, the integrated deck of the Britannia weighed some 10,800 tonnes, and was one of the heaviest offshore lifts so far undertaken in the North Sea. The drilling facilities for the Britannia platform comprise a drilling module (2,300 tonnes), substructure (1,900 tonnes) and derrick, all three items having been constructed by SLP, Teeside, and again involving major lifts during installation.

Jotun Baltoflake was chosen to protect decks, pipespools and other high-wear areas of the Britannia, together with certain deck extensions and structural steelwork. On walkways and other access areas the Baltoflake was overcoated with a non-spark anti-skid treatment. Deck areas needing to be picked out visually were given stripes of Jotun's high-durability "Weatherguard" acrylic topcoat, which is isocyanate-free and boasts an exceptional potlife of 24 hours.

Of the remaining sections, the accommodation module (constructed at SLP, Lowestoft), weighed 2,000 tonnes, the compression/piperack module, weighed 2,100 tonnes and the flare boom, which was fabricated by Kvaerner, weighed 770 tonnes. The flare boom was treated with an aluminium metal spray and sealed with Solvalitt Aluminium, a Jotun silicone-based heat resistant coating which can be used on items exposed to temperatures up to 400°C.

In keeping with current thoughts on safety, the Britannia platform is built in three sections, with the accommodation module at one end, drilling facilities centrally placed, and the more hazardous processing equipment sited as remote as possible from the accommodation.