The Eleventh International Congress of Cybernetics and Systems was held on the 23-27 August 1999 at Brunel University, Uxbridge, London, UK.

The award for an outstanding contribution to the congress, sponsored by MCB University Press, the publishers of Kybernetes, the official journal of the World Organisation of Systems and Cybernetics (WOSC), was presented at the Congress Official Dinner on Wednesday 24 August 1999.

Kybernetes (ten issues - approximately 1250 pp.) - full online access to the journal - Internet publication. The winning contribution will be published in the millennium volume of the journal and on the Internet. The award was decided by a panel of judges chaired by the Director-General of WOSC. In addition, the panel requested that a "Highly Commended" award should also be made in recognition of the very high standard achieved by the contributors to the congress. The award winners were selected on the basis of the accepted and refereed abridged papers presented and their known research works. Full award-winning papers will be published in Kybernetes. The award winners were: 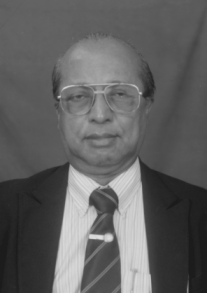 A cybernetic approach to medical technology for diagnostics and therapy planning

AbstractThe mathematician and engineer Norbert Weiner established theory of cybernetics, as a science of control and communication process in living beings (human and other animals), machines or both functioning together, which was extended by Dutta Majumder to include integrated complex human machine systems and functions with general systems theory as a unitary science. Both from the point of ontology and epistemology the cybernetic approach now enables computer technology to incorporate artificial intelligence (AI) and expert system (ES) for knowledge based instrumentation for diagnostics and therapy planning. Presents the results of a project for development of a knowledge based framework for combining different modalities of medical imaging such as CT, MR (T1), MR (T2), SPECT, PET, USG, etc., whichever is relevant for particular pathological investigation for diagnostics and therapeutic planning. We conducted our experiments with: Alzheimer's patient data; and detection and grading of malignancy with oncological data for cancer screening system.

Abstract Spontaneous regression of malignant tumours without treatment is a most paradoxical phenomenon with great therapeutic potentialities. We analyse past regression cases to find that the commonest cause is a preceding episode of high fever-induced thermal fluctuation which produces fluctuation of biochemical and immunological parameters. Using Prigogine-Glansdorff stability theory and biocybernetic principles, we develop the theoretical foundation of tumour's self-control, homeostasis, stationarity and regression induced by thermal, radiation or oxygeneration fluctuations. We derive a preliminary threshold condition of fluctuations for producing regression. We present some striking confirmation of such fluctuation-induced regression as Ewing tumour, neurogranuloma and Lewis lung carcinoma. Using experimental data, we suggest a novel therapeutic approach of multi-modal hyper-fluctuation utilizing radiotherapeutic hyper-fractionation, temperature and immune-status.

Editors Note: Lewis Thomas, writing in the Youngest Science (Viking, New York, 1983), comments: The spectacular phenomenon of spontaneous cancer remission persists in the medical annals, totally inexplicable but real. From time to time patients turn up with advanced cancer beyond the possibility of cure. The patient is sent home to die, only to turn up again ten years later free of disease. But no one has an idea of how it happens. If thousands of patients have succeeded ... medicine can learn to accomplish the same ... surely ...

Highly commended by the panel

Abstract In a modern ecology (energetics ecology), and with paradigmatic authors such as R. Margalef, B.C. Patten and the brothers E.P. Odum and H.T. Odum, cybernetics has become a methodological tool able to transform the "ecosystem" into a genuine subject of scientific research. However, the emphasis on the concept of emergence has not been accompanied by the creation of a method that fully respects the complexity of the objects studied. An analytico-additional methodology and the reduction of the properties of ecosystems to the laws of physical chemistry render any assertion about the emergentist and holistic nature of the ecological systems studied purely formal.