Autistic children in the UK are learning to develop play skills, which researchers hope will help them interact with others and develop socially, by spending time with Kaspar, a child-size robot (Figure 2).

A team of researchers at the University of Hertfordshire's School of Computer Science in the UK has developed the robot and is testing it in special-education schools in the region. Their research is part of the Interactive Robotic Social Mediators as Companions (IROMEC) project, which is funded by the European Union and besides the UK has participating organizations in The Netherlands, Italy, Spain and France. 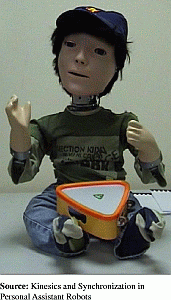 Figure 2 Kaspar, a child-size robot developed by researchers at the University of Hertfordshire to help autistic children develop play skills

The project's aim and, in particular, Kaspar – an acronym for Kinesics and Synchronization in Personal Assistant Robotics – is to investigate how robotic toys can become social “mediators” for human contact, helping autistic children interact with other children and adults, according to university researcher Ben Robins.

“Human interaction is multimodal: it is not only complex verbal language but also rich body language full of subtle gestures,” Robins said. “All of this is very difficult and very confusing for autistic children.”

Autism is a pervasive developmental disorder, which is a category of neurological disorder defined by severe impairment of social interaction and communication. The disorder begins before a child reaches age three and is often noticed because a youngster has unusual ways of learning, reacting and paying attention. Autism was first identified in 1943 by Dr Leo Kanner, a child psychiatrist, and while much progress has been made to identity symptoms and the range of the disorder, much less is known about its causes.

Kaspar performs basic actions like smiling or waving, which appeal to autistic children because the actions are simple and predictable, according to Robins. “Autistic children react in a more social way to toys that are simple in appearance and design than they do to people,” he said. “They like familiarity and repetitional behavior.

Robins and his colleagues believe that Kaspar can help bridge the gap between the stable and consistent environment of a simple toy and the potentially unpredictable world of human contact and learning.

In one test, autistic children in a room initially ignored Robins, but quickly interacted with the robot, which he controlled remotely with a wireless keypad. “But once they linked me to Kaspar, they started to interact with me, taking me by the hand and leading me to the robot,” he said.

In another test, the researcher let children operate Kaspar themselves. He put stickers with expressions on the keyboard to show which buttons to press to give the robot a happy or sad face. “The kids made Kaspar do something, which I then imitated,” he said. “So the children were playing with me.”

Although Kaspar can be classified as a humanoid robot, it does not hide its mechanical parts, which are clearly visible, for instance, between the head and body. “We don't want to encourage bonding with a machine,” Robins said. “It's very important that children see this is a robot and know it's a machine.”

Kaspar's face is a silicon-rubber mask. It has two eyes equipped with tiny video camera lenses and a mouth capable of opening and smiling. “The video camera, which we aren't using at the moment, can be used to capture more data about the children,” Robins said.

The goal of the e3.22 million (US$4.31 million) IROMEC project is to develop a reliable and affordable robot that therapists, teachers and parents can use in schools and homes to help autistic children and others with disabilities learn a range of play skills and, perhaps most importantly, allow others to join in. Project team members include experts in robotics and computers as well as psychology and pedagogy.

It is not clear yet if Kaspar will wind up being the final robot of the project – research is slated to continue until October 31, 2009.