Emerald Group Publishing Ltd, is delighted to announce that the fourth annual Industrial Robot Innovation Award was recently presented at the 9th International Conference on Climbing and Walking Robots (CLAWAR) held in Brussels (12-14 September 2006). This year's event was organized by the Department of Mechanical Engineering at the RMA Polytechnics.

The idea for this award was developed from the belief that while there is a lot of innovation work being done in the field of robotics, there is also a lot of duplication and repetition of research, and that many researchers struggle to solve problems for which the solutions are already available.

CLAWAR 2006 aims to present the latest research and application results emerging from new research and technological developments at the hardware and/or software levels for CLAWAR.

“Force assistance system for standing- up motion” describes the development of a force assistance system that realizes natural standing up motion using an infirm patient's physical strength without reducing their remaining strength in any way. A support bar with two degrees of freedom and a special bed that can be raised up and lowered accordingly are used. These are controlled by a distributed system. The standing up motion is controlled by using a motion pattern based on a reference model created using a nursing specialist as the subject.

The award consists of an engraved handmade glass bowl, a certificate, an honorarium of e400 and one year's free internet access to the Emerald Engineering portfolio, which includes Industrial Robot and its sister journals Sensor Review and Assembly Automation. This award was presented by Clive Loughlin, Editor for Industrial Robot (Figure 3). 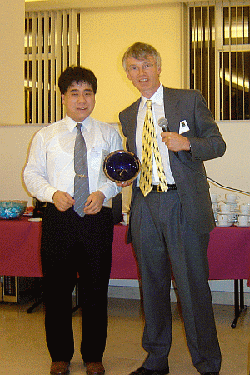 Nominations for the 2007 award

Nominations for the award can be made by any independent individual or organisation and should be sent to the Editor, Dr Clive Loughlin (e-mail: CliveLoughlin@engineeringfirst.com). Nominators should send Clive a brief statement outlining why they think the nominee deserves the award and also include copies of the papers or other material that they would like the panel of judges to consider. A panel of judges will then separately appraise each nomination for both originality and practicality and decide on the winner.

Nominations for the 2007 Industrial Robot Innovation Award must be received no later than 15 June 2007.

A selection of papers from CLAWAR 2006, including the winning paper, is presented in this issue of Industrial Robot.

The 9th International Conference on CLAWAR 2006 gathered 131 high quality original contributions from 17 countries (USA, Japan, China, Korea, Canada, Russia and all members of the European Union) in the mobile robotics field and associated technologies. The conference was very successful in bringing the main researchers together so that the latest developments in this domain of science and technology could be presented and debated.

As a general introduction, Professor Peter Kopacek (Figure 4), from the Vienna University of Technology, analysed the current status of robotics over the world with a lecture entitled “Towards performant cost-effective robotics systems”. This well-known scientist is General Secretary of the IFAC/Austria, Doctor honoris causae at the Technical Universities of Iasi, Bucharest and Craiova, corresponding member of the Saxonian Academy of Sciences, member of AKATECH, Senior member IEEE, Founder of the Central European IEEE Chapter “Engineering Management” National Coordinator of IFR, National Coordinator of IARP. 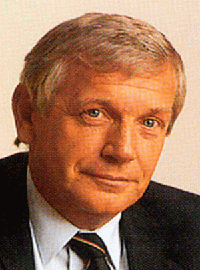 The first day was then devoted to a special workshop on the emerging area of unmanned vehicles for ground, air and sea (UGV, UAV and USV, respectively). The workshop was enhanced by the key-note presentation by Professor Charles Bostater from the Florida Institute of Technology (Figure 5) with his talks entitled “Remote sensing Platforms and Systems for Environmental Surveillance and Monitoring”. The aim of this presentation was to answer the question: What technologies related to remote sensing science and modern remote sensing platforms can converge to help provide quantitative and scientifically based information for “sustaining safe environments”? 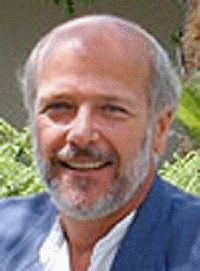 The next days focused on CLAWAR as well as on hybrid robotics systems for medical, paramedical applications and biped robots (Figure 6). 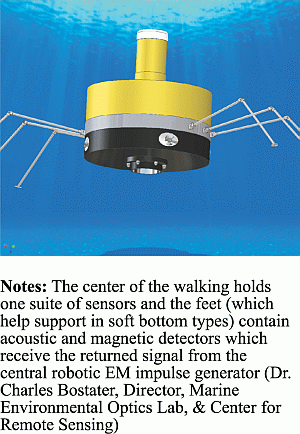 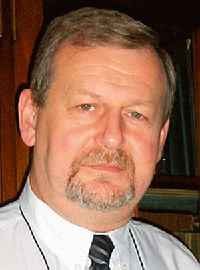 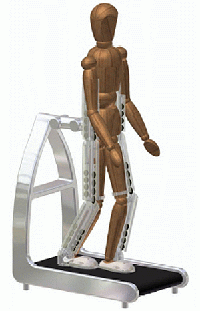 About 20 papers focused on the bipedal control, studies improved by the development of prototypes. Professor Hirohisa Hirukawa, Leader of Humanoid Robotics Group, Deputy Director of Intelligent Systems Institute, National Institute of Advanced Industrial Science and Technology, from the Kobe University, Japan (Figure 9), gave the last key-note presentation. This was an impressive speech on the dynamical behaviour of humanoids, including the restoration of stable attitudes after temporary lost positions occurring when obstacles disturb the normal gait of the robot. 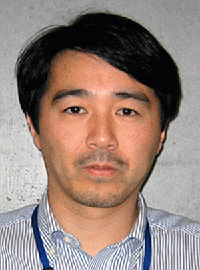 Among the contributions to the help of disabled people, CLAWAR 2006 attributed the yearly best Industrial Robot Journal “Practical Innovation Award” to Daisuke Chugo (Force Assistance System for Standing- Up Motion, a development realised at the Intelligent Modelling Laboratory of The University of Tokyo).

Mobile robots will be used in outdoor risky situations, robots and mobile robots are already in use in the medical sector implying precise measurements and control, and ... combining the virtual tools and the cooperative system architectures, assistive robotics systems could become, in a very near future, useful friends, edutainment robots already attract future engineers to our universities. The robotics is a promising way to the future.

But all those progresses suppose a lot of research activities in many disciplines: the proceedings of CLAWAR 2006 confirmed it again. Do not hesitate to order the CD-ROM of the conference by contacting Yvan.baudoin@rma.ac.be

Pictures and the detailed programme are still available on the internet at: www.bsmee.be/events