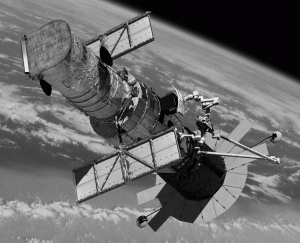 Plate 2 Robotic Workspace Technologies, Inc. have joined NASA in its race for technology

According to Ed Cheung, who works for Jackson and Tull at NASA GSFC, the Vision for Space Exploration will depend on high-performance technology that will enable rendezvous, re-supply, and servicing of vehicles in space. Cheung and his team are building robotic systems using RWT's high performance controller and its advanced capabilities with which they can solve issues inherent to working in the zero gravity environment of space. NASA aims to develop space travel vehicles that will supersede the Shuttle that is scheduled to be retired in 2010. Deep space missions will utilize the crew exploration vehicle (CEV), which emphasizes extended support for humans on long missions, such as travel to Mars, which require repeated rendezvous and re-supply and very high performance controls to accomplish such tasks.

“We have joined NASA in its race for technology that will not only advance the exploration of space, but will also drive critical national technologies in power, computing, nanotechnology, biotechnology, communications, metal working, robotics, and materials”, says Walter Weisel, Chairman and CEO of both Innova and RWT. “We have spent a considerable amount of time with the engineers from NASA to insure RWT's Universal Robot Controllere (URCe) meets the high-performance capabilities the space agency requires in terms of precision, speed, coordinated control of multiple axes beyond the six axes normally associated with robots, multi-I/O control, the ability to integrate ancillary devices like sensors, and high reliability. This is a very exciting contract for RWT and it builds on our earlier successes in the aerospace market with companies like Lockheed and Northrop Grumman. We are taking very seriously the commitment we have made to NASA and are preparing our company to be a significant contributor to NASA as it develops its plans to achieve its deep space exploration goals.”

The URC has been awarded two pioneer utility patents issued by the USPTO and a third patent is pending for all applications pertaining to the interface of a general use computer and the mobility of robots, regardless of specific applications.

Cheung and his team have broad experience with space robotics, having worked on the conceptual study for the Hubble Space Telescope Robotic Servicing Mission. “Among our challenges is to accurately simulate the operations of robots working in the zero-gravity environment of space here in our laboratories on earth. The URC can cope with the demand for high-performance dynamics with the surrogate robot arm we use for testing”, explains Cheung.