TM Robotics has provided Dinalot, a Spanish manufacturer of automotive parts, with a Cartesian robot cell to improve production (Plate 1). The robot has reduced component rejection on a high-speed line that manufactures metal disks for use in vehicle fuel injection systems. 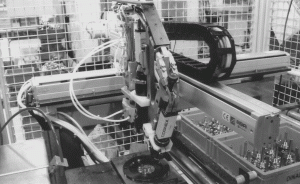 Plate 1 TM Robotics has provided Dinalot, a Spanish manufacturer of automotive parts, with a Cartesian robot cell to improve production

The Cartesian robot works in conjunction with a machine vision system in a quality assurance role. There are five versions of the metal disks, which incorporate six tapped and countersunk holes. Before the process was automated, an operator checked the diameters of the holes and their positions relative to a central notch. This time- consuming process involved selective sampling and, as a result, allowed some non-compliant parts to pass through. “Any process where only a portion of a batch is checked inevitably produces errors,” explained Nigel Smith of TM Robotics. “By checking component parts with an automated vision system, the user can drastically reduce such errors.”

The new system uses two vision sensors mounted on the robot arm and a rack mounted PC. The computer controls the sensors and robot, and displays the inspection images and measurement results.

The parts arrive at the inspection station after passing through a cleaning bath. Each part is picked up by the robot arm and placed on a surface backlit by LEDs. The first vision sensor locates the positioning notch and the arm moves it to the correct point above the part. The sensor then calculates the position of each hole relative to the notch (to an accuracy of ±0.01°), and measures their diameters (to an accuracy of ±0.02 mm).

The second sensor inspects the inside of each hole to check the number of threads and measure the width of the grooves. Parts that pass these tests are placed on a stacking device, while failed parts are sent to a discard container. The Cartesian robot also palletises the inspected parts further improving productivity.

The entire operation takes 9 s, allowing every part produced to be inspected. The data generated by this system have allowed Dinalot to refine other areas of its machining processes.