The SK Series of articulated-arm robots from Motoman has been replaced by a new range, designated UP Series. Each model has a significantly larger working envelope than its predecessor. Another feature is the flexible conduit which routes all services from the base to the upper arm, eliminating trailing hoses and cables (see Plate 11).

Whereas the upper arm of SK robots was controlled via a linkage, UP models have direct drive on all axes, allowing greater speed, accuracy and reliability. A wider variety of applications may therefore be undertaken in the fields of welding, handling and machining. 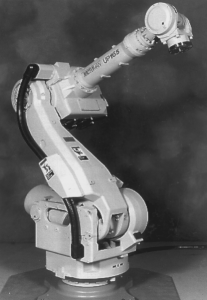 Plate 11 Motoman UP Series robots have increased reach and speed in most axes, enabling a wider variety of applications

There are eight models in the range with load capacities from 6 to 400 kg. As with all Motoman robots, they enjoy simplicity of programming and smoothness of action together with the backing of a wide range of supporting software.

To illustrate the increased functionality of the robots, the midrange model UP-130 can carry a payload of 130kg, 10kg more than its SK equivalent, and repetitive positioning is twice as accurate at °+0.2mm. A notable improvement is the reach of the upper arm, which extends from +240° to -130° . Comparable U-axis movements for the SK model were +35° to -115° .

Improved also are the roll and twist of the wrist which now have full 360° rotation, increasing the robot's dexterity. Previously, these R and T axes fell a few degrees short of turning full circle.

Speed in all six CNC axes is higher. For example, the entire robot turns on its own axis nearly one fifth faster at 130° /s, whilst wrist roll is 43 per cent faster at 215° /s. Part of the reason for this enhanced performance is the lighter 1,300kg construction, compared with 1,500kg for the SK. However, the strength of the UP has not been compromised and indeed it can withstand higher moments of force and inertia in the three lower axes.

Alongside the launch of the UP Series, Motoman has introduced a new, 27-axis controller, the first to be capable of handling three 6-axis robots and synchronising their movements with a variety of other equipment such as gantry systems, linear tracks and rotary indexers.