Swedish manufacturer HDD has developed a completely new line of servomotors that are four times smaller and weigh just a third of that of regular motors. They emit less heat than previous motors and take up very little space. They come standard with a resolver and can be optionally equipped with high resolution feedback, in compliance with both SinCos and EnDat standards.

The new type of servomotor, Stritorque, from Swedish manufacturer High Density Drives (HDD) will become very important in the design of future technology, such as industrial robots and machine tools and in automation processes, believes the company behind the product launch.

Because they are four times smaller than traditional servomotors (see Plate 8), they are easier to install. They measure, for example, about 9cm in length, width and height instead of the previous 13 x 13 x 20 cm. Consequently, many devices can be made smaller and more flexible, says Lennart Stridsberg, managing director at HDD. An HDD motor weighing 3kg is reported to deliver the same performance as a conventional motor weighing approximately 9kg, which increases the lifting power in those applications where it is employed. 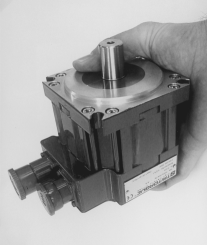 Plate 8 5 Newton-meters in the palm of your hand! Stritorque motors from HDD are four times smaller than the competition.

The lightweight motors increase lifting power in robot applications, for instance, because the total weight of the tool decreases while retaining the same power, notes the company. HDD motors will reportedly also have a wider range of application than traditional motors because they conform to both existing high resolution feedback standards, SinCos and EnDat, instead of just the usual one.

HDD motors work within the same RPM range as normal servomotors, i.e. up to 3,000 RPM. Because they have considerably reduced volume, they emit less heat than comparable motors. Through lower heat loss, they will be suitable for use even in clean environments, say the manufacturers.

The concept is based on a new principle about how iron and copper are situated in the stator. Today's conventional servomotors essentially have the same stator design as that used nearly 100 years ago for synchronous machines and asynchronous motors, says Lennart Stridsberg. HDD High Density Drives in Stockholm develops new solutions and applications for high torque motors and assembles the motors locally in Sweden. The motors are available from an increasing number of the major servo drive manufacturers or directly from HDD in Sweden. HDD can also supply custom design motors.