From 1 January 2000, Mike Wilson has been appointed for a two year period as Chairman of the International Federation of Robotics (see Plate 1). This is the first time the post has been held by someone from the UK. With its headquarters in Stockholm, Sweden, the IFR co-ordinates international robot data and disseminates information worldwide. 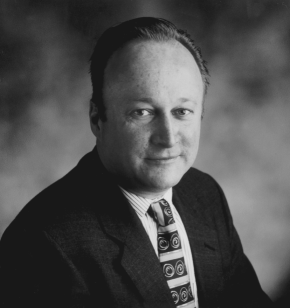 Currently he is life-time president of the British Automation & Robot Association (BARA) and managing director of Meta Vision Systems Ltd, a company that specialises in laser-based machine vision systems which are applied to welding machines and robots.

Over the last eight years he has been instrumental in steering BARA, which was formally the BRA, onto a course that has broadened the appeal of the association into the wider field of automation rather than the narrow niche of robots.

During his term of office at the IFR, Wilson has set himself a number of goals. As he says

The main role of the IFR is to encourage the development and growth of robot applications. The start of the next millennium is appropriate time to review the long term focus of the IFR.

Three key issues have been identified; the first is the spread of industrial robots into new sectors such as the food industry. The second is to encourage the spread of robots into countries currently not large users, for example Eastern Europe, Russia, areas of Asia and South America as well parts of Africa.

The last and perhaps the most significant area is the development of service robots. These embrace a wide area of applications ranging from hospitals to building maintenance and even in the home. In many ways the problem facing the service industry robots are similar to those encountered by industrial robots in the 1960s and 1970s. As Mike Wilson said

There's no virtue in re-inventing the wheel, there's no reason why the lessons learned the hard way in the early days of industrial robots cannot be beneficial to the new robots and markets.