Ganton Technologies, a manufacturer of die cast engine pans for the Big Three automobile manufacturers located in Sturtevant, Wisconsin, recently installed a machine vision system from Cognex Corporation into a robotic automation cell in order to increase the flexibility of their conveyance system technologies while reducing equipment costs.

The vision system locates engine parts (ranging from alternator mounting brackets to engine motor mounts) moving at random on a flat-belt conveyor and communicates the postional co-ordinates of each part to a Fanuc robot. The robot then grips the parts one at a time and places them into machining centers where they are machined to dimensional specifications.

While there was always a strong need at Ganton to have a flexible part conveyance system capable of accommodating the various shapes and sizes of several different engine parts, it was not until we implemented the vision system that true flexibility became a reality.

"Prior to using vision, our in-feed conveyance systems had gone through different stages of development, each with very limited flexibility" says Curt Pape, manager of manufacturing engineering at Ganton.

"The original system had a cell with 12 separate fixtures, in which the robot would have to go to each staging fixture and pick the parts based on pre-programmed, fixed points. This system required extensive robot prograrmmng and was prone to a lot of mechanical problems.

"About a year later, we developed an asynchronous pallet transfer system in which several conveyor loops delivered the parts on fixtured pallets into various finishing operation cells. However, the flexibility here was still minimal in that we would have to build new pallet fixtures and re-program the system when new parts were introduced to the line. In addition to limited flexibility, both of these systems were extremely expensive in terms of overall equipment and fixture tooling costs", says Pape.

Pape and his team, figuring there had to be a better solution, decided to implement a machine vision-based conveyance system guided by a Cognex Checkpoint 900 machine vision system running PatMax object location software (Figure 1).

"We discovered the PatMar vision software after investigating several other product conveyance systems that were unable to offer a new and improved solution", adds Pape. Parts are now conveyed on a simple variable-speed, flat-belt conveyor above which a Sony-XC75 video camera is permanently mounted.

As a part moves into the camera's field of view, an image of the part is acquired and sent to the vision processor, housed in an industrial control cabinet approximately 20ft from the cell. 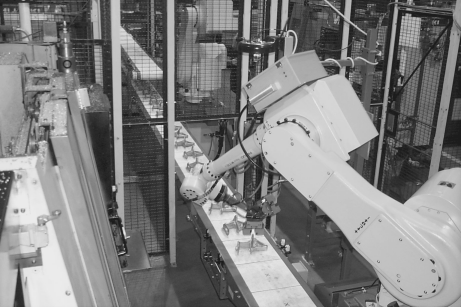 Figure 1 By eliminating the need for parts fixturing, the vision system has helped Ganton increase the flexibility of its conveyance system

"The PatMax software then analyzes the image based on part geometry. It is able to recognize the part at any orientation, zero to 360 degrees, and communicate the location of the part to the robot controller, which then generates positional offset coordinates for the robot", says Pape. "This is all done without having to fixture the part, whereas a vision system based on gray-scale analysis would not be able to handle this wide-open type of part freedom without the parts being fixtured into place."

The robot's end-effector then proceeds to grip the part with an "open-and close" jawtype chuck and places it into a vertical CNC machining center, where the part is completely machined in one work-holding. "The accuracy with which the parts are gripped is within 1/16th of an inch, with a very high degree of repeatability", Pape explains.

According to Pape, the whole operation from finding the part to the loading of the machining center takes only about six seconds per part. "This is significantly faster than our previous conveyance systems, in which there were frequent nuisance stops and delays", says Pape. After starting the next machining cycle. the robot delivers the finished machined part to a common flat-belt out-feed conveyor, which moves all finished parts to a central inspection and packing station.

According to Pape, another important advantage the vision systems brings to their process is that it does not rely on fixed lighting conditions for the parts to be located. "Basically, the normal ambient lighting we use in the plant is sufficient. Again, this is because the system is able to locate parts by geometric shape and is sensitive to many of the conditions that can alter a part's appearance, such as poor lighting."

The vision system has also added further flexibility to the work cell by first being able to distinguish between four different part types, and then telling the robot which of its two grippers to use based on which part is present. To make this possible, the vision system was trained on all four part types, which involved placing each part in front of a camera, acquiring an image and storing it into the Checkpoint processor's memory. Then, using a mouse, engineers simply clicked on the region of each part at which each needed to be picked up by the robot.

During image analysis, the vision system automatically compares the runtime image with the corresponding trained reference image, which, according to Pape, enables different parts to come down the line in a "mix-and-match" fashion rather than having to be grouped by part type into separate batches. A signal is then sent via a special interface developed by Cognex and Fanuc which tells the robot which of its two grippers to use for the subject part. "That way", Pape says, "we only need to equip the robot with one end-effector for all four parts".

Above all, Graton's product through-put and machine efficiency has been increased with the new system, while fixturing and equipment costs have been dramatically reduced. "With this type of in-feed system, we have virtually eliminated any delays in product arriving at a cell, and we have seen our production output increase by 20 percent", says Pape. "Additionally, since we no longer have a need for pallet tooling or staging fixture tooling, our conveyance fixturing costs have been reduced by approximately half. Our changeover times have also been reduced in half from a programming standpoint and now we are also realizing a reduction in labour required to operate the cell."

Pape adds, "We anticipate using the Cognex system to add inspection capability to the line for feature presence inspection checks to determine, for example, if a certain hole has been machined or whether or not some other features of the part are being processed to dimensional specifications. This system will become the standard method of product conveyance in all future automation cells at Ganton."