"For his outstanding achievements and contribution to the development of tribology", the A. Belyi Metal-Polymer Research Institute of the National Academy of Sciences of Belarus, renowned as being a world's leading research institute in its field, presented the new millennium's first Doctorate of Science, honoris causa, to Dr H. Peter Jost CBE.

Dr Jost (see Plate 1) is Chairman of several industrial technology companies in the lubrication field, President of the International Tribology Council, Past Lubrication Consultant at the building of Llanwern and August Thyssen Beekerwerth Steel Works. He is a vice president of the Parliamentary and Scientific Committee at Wesminster and a member of the British Foreign and Commonwealth Office Consultative Committee on Science and Technology. 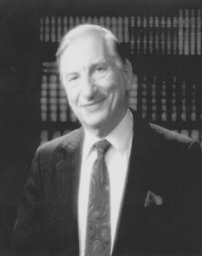 In addition to his CBE, he has received State honours from France, Germany and Poland and holds two honorary professorships, now seven honorary doctorates as well as awards and honorary fellow and memberships from 14 countries.