The 1999 Tribology Gold Medal has been awarded to Professor Jean Frene (see Plate 2).

The Tribology Gold Medal is awarded by the Tribology Trust which is administered by the Institution of Mechanical Engineers. 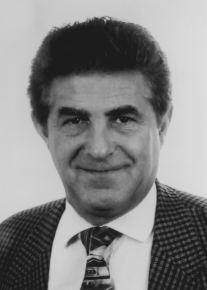 The Award is "in recognition of his outstanding contribution to tribology, particularly in the fields of thermal effects in lubricated bearings and super-laminar flow".

Jean Frene was born in his family's farm in the RhÂne region of France. Despite leaving school at 14, at the age of 19 his prodigious intellect became evident when he scored maximum marks in various army intelligence tests. After training as a mechanical engineer, he became a university lecturer at INSA Lyon in 1967. He joined the University of Poitiers in 1975 and has been a professor there since 1979 when he established a tribology research centre.

In his PhD thesis he demonstrated experimentally that super laminar flow and eventually turbulence do occur in very thin fluid films (with a thickness of 10 to 10m), bounded by solid faces in relative motion. This result represented a significant fundamental achievement both in fluid mechanics and in tribology. His thesis in addition contained several other valuable contributions such as one of the first computer codes to determine bearings static and dynamic characteristics in super-laminar regime.

Perhaps his greatest impact has been in the area of connecting rod bearings under dynamic loading. He and his colleagues were the first to model the deformation of the bearing components and point out clearly the importance of considering deformation and predicting the behaviour of such bearings. It is well known that many researchers on the subject of engine bearings as well as engine manufacturers have made pilgrimages to Poitiers to learn of the work first-hand from Professor Jean Frene.

Professor Frene and his colleagues have made major contributions in many areas, including thermal effects in hydrodynamic lubrication, the dynamic behaviour of connecting rod bearings in automotive engines, lubricant film formation conditions and the lubrication of mechanical face seals.

A particular characteristic of Professor Frene's research philosophy was to join his theoretical work with experiments and to use fundamental research for practical applications, first for the French industry including the French Company of Electricity, various car manufacturing companies, French aerospace and atomic industries. Later the same results were used by other industrial companies and applied to engines, turbines, pumps, compressors, bearings and lubricant technology. These applications have brought substantial savings in cost and energy use.

Parts of his vast work were synthesised in 1990 as a book on hydrodynamic lubrication, published in French by Eyrolles Publishing House, an English version being published by Elsevier in 1997. In addition to his book he published over 59 papers in international journals; 70 papers in the proceedings of technical meetings and international conferences and many others.

Since the beginning of his career Professor Frene has not only made an enormous contribution to the general development of the subject, but he also combined his research work in tribology with his teaching activities. He has taught countless undergraduates through their PhDs. Of special note is a regular assignment to undergraduate students, the study of air-lubricated journal bearings; each student monitors the characteristic of the apparatus at successively higher speeds until self-excited instability is experienced. At Poitiers many young researchers pursued studies on fluid film lubrication problems under the direction of Professor Frene and Professor Nicolas. The level of such projects would be in partial fulfilment of a doctoral degree, each topic addressing a scientifically unresolved issue of relevance to the reliable operation of critical machine elements.

Professor Frene is one of France's leading research experts and led a national research group of 12 laboratories to study rolling bearing operation in a cryogenic environment.The results were successfully applied in the Ariane V launcher. He is also actively involved in deciding government allocations of research funding, proposal evaluation, professorial appointments and accreditation of university teaching and research programmes.

His outstanding work led to many awards. In 1966 he received the Rhone Departmental Prize: by the State he was made a Chevalier de l'Ordre des Palmes Academiques in 1982 and an Officier of the same order in 1988. In 1994 the French Academy of Sciences awarded him the prestigious "Montyon Prize". In 1998 he became Doctor Honoris Causa of the Polytechnic University of Bucharest, Romania.

Professor Frene has served as Director of the Laboratoire de Mecanique des Solides of the University of Poitiers and was Vice-President of the Scientific Council of that university from April 1990 to November 1998, as well as heading up several research groups. He is married and has three children. In spite of his universal fame he has remained a modest and pleasant man whose friendship is greatly valued.

The award of the Tribology Gold Medal for 1999 to Professor Frene recognises his outstanding contributions during a most illustrious career. There can be no doubt that he is a most worthy recipient of this award.