Empowering society through the global flow of information 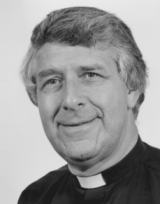 Empowering society through the global flow of information

This was the title of the 6th Interlending & Document Supply International Conference held in Pretoria in October 1999. Some 180 delegates from 25 countries spent three intensive days discussing the role of document supply, in its widest sense, in the empowerment of society in an international context.

It became clear that, since the first conference in 1988, although many things have changed, many others remain much the same. Participants soon learned that there are some things which cannot be changed and others which can; and they need to acquire the wisdom to know the difference! Many speakers and delegates raised the issues of infrastructure and finance as basic elements in the struggle to improve document supply both nationally and internationally. Despite huge strides in the telecommunications industry this is still very uneven. In so-called "developed" countries there was frustration that the volume of traffic is now causing log-jams in information flow. In "developing" countries the problems of unreliable connections and high costs are little different from 11 years ago. One example was a South African researcher who wanted two pieces of legislation - one from Zimbabwe and one from Zambia. He telephoned Zambia but the line was so bad he could not make his needs understood; in Zimbabwe he was understood but was told the cost of faxing the document was too high. Postage was out of the question as the postal services are still so unreliable. So the old method of using the post to send things has not improved much either. The other major issue - finance - remains a problem in all types of country. Budgets are shrinking in most places and the costs of document supply (staff, equipment, communications) continues to rise. Most libraries rely on public funding for the bulk of their budget and this is capricious to say the least. These are areas over which librarians have little or no control although the Ghana project funded by the Danish Aid Agency, DANIDA, did manage to improve telecommunications by incorporating this into the project.

Probably though, finance in its widest sense was seen as the biggest single factor in limiting the ability of the library community to play its part in empowerment of society. Libraries rely on national economic trends, and so provision continues to be variable. Costs of international transactions are particularly high in terms of communications but also in terms of the transfer of money from one country to another; and this is made worse by the many restrictions placed on the transfer of national currencies, especially in those countries whose currencies have limited negotiating value. Here the usefulness of the IFLA Voucher Scheme came in for frequent mention as one way of overcoming some of these problems, although it does not solve the basic problem of lack of cash! Many speakers emphasised the system of providing subsidies from one country to another for services or the provision of information databases. However, this is of limited value as funding runs out eventually and the receiving institution is left with users who have expectations but even less chance of meeting them.

An area where librarians do have a chance to influence change is the legal framework. Many participants spoke of the problems caused by copyright law, but experience shows that governments can be persuaded to amend or "soften" legislation if they are properly informed of the consequences of failing to do so. Copyright owners were exhorted to consider the way they price licensing schemes. Many countries cannot afford high royalties, which may lead to illicit copying of various kinds. It was seen as better for users, intermediaries and owners if prices were fixed for some countries at a lower rate which they could afford and which would thus incline them to uphold copyright owners' rights in return.

By emphasising the issue of empowering society the conference turned the spotlight on the user or client of library services. Relatively little is known about the real needs, expectations or preferences of users. What is certain is that their needs are many and various and cannot be categorised in a simple matrix. Speed, cost, reliability and user-friendliness are all key elements but they may not all be key to the same people. As methods of seeking and requesting documents change, so may the importance of these elements. For example, as user-initiated document supply becomes more common, the importance of user-friendliness will increase, but that of speed may not because the system itself has removed several stages, which often slowed the whole process down. Cost will be perceived differently depending on who has to pay. Increasingly libraries are unable to bear the total cost of document supply services, and allowing users to use unmediated interlibrary loan mechanisms may increase these costs even more. These changes will also have a major impact on the library profession as an intermediary in the information chain. Users will be less interested in asking librarians for documents than expecting them to be able to produce ready-made packages of information, sorted, evaluated, structured and analysed. These will, of course, be multimedia packages incorporating a wide range of materials from many different sources.

This shift raises the whole question of user education. Generally, users need guidance on how to use the system, how to search and how to manage large quantities of information, much of which will be irrelevant or of poor quality. In addition, users need guidance on the relative costs and benefits of different ways of obtaining information. However, probably the most important single theme to emerge from the conference was the question of sharing. For so long many countries and libraries have relied not on resource sharing but resource dependence. "Sharing" in essence entails all concerned parties putting something into the common pool and also being able to take from it. Until this real understanding of resource sharing is taken seriously it may be difficult to change traditional attitudes. In fact, one of the great barriers to sharing is that of attitude. Different cultures understand this term in very different ways: those who have plenty of resources see this as a reasonable activity but those who have little see sharing as something which takes away from them altogether. Yet the reality is that all libraries and all countries have something valuable to contribute. Unfortunately, contributions are often measured in terms of the number of loans supplied or photocopies made. But to the user seeking a rare or obscure publication the value of that one item found may be infinitely greater than a whole host of journal articles supplied from well-known publishers to an information-hungry scientist. The small specialised library, the country with very limited collections and the nation whose publications are in a language not spoken outside its borders, all have something to contribute to the total information resource. That they are not used often is less important than that they are there if needed. Once this cultural attitude is adopted then those with limited resources may be able to promote what they do have to those who may need it and so generate something for themselves. This is the original philosophy behind the voucher scheme. Libraries would begin to offer services from their collections and in this way earn vouchers which they could use to obtain services from those countries on which dependence has for too long been an almost subconscious reaction. Of course, dependency can be reduced in other ways, too. For example, encouraging the publishing industry to pay more attention to the needs of a country or region rather than simply importing existing material from elsewhere is a vital element in improving self-sufficiency in many parts of the world. If libraries can improve their purchasing of indigenous material then this will also stimulate its production. For many publishers the library community ought to be the biggest single customer.

Libraries are there to empower people, but to do this people must realise that they can play this role. There is little use in librarians sitting in their offices lamenting the lack of funds, status and the ability to change the situation. It is essential that those who hold the power - and that usually means the money - understand the role that a good library and information provision can play in achieving the goals of good government. Education, health, social welfare, economic growth, defence structures, personal growth and democracy are all underpinned by good and efficient access to a wide range of information. At the most basic and important level, the role of the library in promoting and encouraging literacy through the provision of reading materials cannot be over-emphasised. Those involved in major planning exercises of all kinds should be educated to think "information supply" in the same way that they would think "supply" of any other basic commodity - water, electricity, transport, finance, human resources. As the product with which librarians work is international in nature, this naturally means that the interdependence of information providers will become clear and the need to put proper structures in place to meet this challenge will be seen as essential.