After the war on drugs envisioning a post-prohibition world December 1, 2011 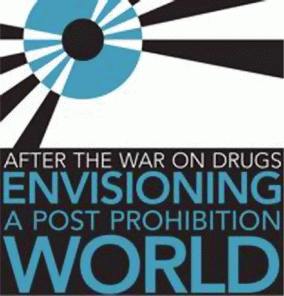 On September 16 and 17 at the Oxford House in London, openDemocracy, The Exile Nation Project, KnowDrugs.net, and the Tedworth Charitable Trust hosted a gathering of pioneering figureheads and reform organisations from the UK and USA to discuss what happens after the war on drugs finally ends, and how to “envision a post prohibition world.” The premise of this two-day symposium was articulated by several of the speakers including Caroline Lucas MP and addiction specialist Dr Axel Klein: after 40 years of failure, “no one can justifiably support prohibition.”

Although the movement against drug prohibition has been small but vociferous over the 40 years of the US-led “War on Drugs,” in recent years the public consciousness has begin to shift notably. Driven by exploding rates of arrest and incarceration, economics and budget crises, and a changing culture that is much more knowledgable about the dangers of drug use, the era of “Just Say No” has given way to a new age of possibilities.

The event was conceived by openDemocracy’s Charles Shaw, an American author, filmmaker, and longtime activist, as part of the ten-year old publication’s new foray into drug policy and criminal justice reform. Shaw’s intention was to create a forum for the US and UK academics, activists, and reformers to share knowledge and wisdom alongside tactics and strategies, in order to build a true trans-atlantic community of like-minded individuals working towards the same ends.

Co-Producer Cara Lavan, a former UK television producer, is the creator of KnowDrugs.net, a web site that addresses drug use in a frank and honest manner through the testimonies of the users themselves. Shaw and Lavan met a year ago during one of Shaw’s talks in London. They realized they were essentially conducting the same mission with their respective documentary projects on opposite sides of the Atlantic. They combined forces to produce the symposium, their first collaboration.

The goal of the symposium was to move outside the limiting confines of the standard “legalisation debate” since, as speaker Francis Wilkinson said “it’s very hard to find anyone who knows anything about this subject who will defend the current law.” Many in the drug reform world are weary of the same debate. Instead, the participants chose to explore how we might move more quickly to a post prohibition world and what that world might look like. How would life for drug users and suppliers be different? What kind of treatment options will become available for drug abusers? What kinds of previously outlawed therapies involving controlled substances will become legitimized?

Present with that line of thinking was the awareness that, while many problems would be solved by lifting prohibition, others will rise up to take their place. For society to reach the necessary comfort (or discomfort, as the case may be) level to accept decriminalization or legalization, they need to know what they are stepping into (or, away from). Diligent forethought and planning for these contingencies on the part of policy makers will be a absolute necessity.

The climate of opinion has definitely ripened around the idea of ending the drug war, and 2011 was in many regards a watershed year. On May 30, 2011 the Global Commission on Drug Policy, the most high-profile collection of upper-level current and former world leaders ever assembled, with a mission to change the way society deals with illicit drugs, announced jointly that the war on drugs has failed. Two weeks later, on June 17, the War on Drugs officially turned 40, and was promptly met by an onslaught of hundreds of mainstream news stories all advocating for an end to prohibition. It was upon this wave of public opinion that the reformers rode into London last September for the symposium.

The preceding Wednesday before the event, September 14, the UK-based Cannabis Law Reform announced the findings of a study showing that £6.7 billion a year could be saved in the UK economy alone if cannabis were to be properly regulated by the government instead of left for the criminal markets. That Sunday the Liberal Democrats voted overwhelmingly to explore decriminalisation of drugs.

The Beckley Foundation’s Amanda Fielding kicked off the symposium by announcing the launch of their Global Initiative for Drug Policy Reform, which would eventually take place on November 17 at the House of Lords. Her invocation echoed the sentiments of the worldwide movement:

Despite governments spending globally in excess of $100 billion a year on fighting the War on Drugs, there has been a clear long-term pattern of increasing availability and use. The unintended consequences of the current policies include ever-growing health problems and soaring levels of crime, violence and corruption throughout the world, together with discrimination and widespread abuses of human rights. The illicit drug trade is now the third most valuable industry in the world, estimated to be worth $450 billion per year, all in the hands of criminals. Improving our drug policy is one of the key policy challenges of our time. Let us break the taboo on debate and reform. The time for action is now.

The American reformers stressed the importance of last year’s 46 percent showing in California’s “tax & regulate” cannabis ballot initiative, Prop 19, and the rapidly expanding quasi-legal medical cannabis market as the spearheads for further change. In the USA, the California cannabis industry alone has estimated annual revenues of over $14 billion, making it the #1 cash crop, while the states network of medical dispensaries are providing a small (in percentage of revenue) but important example of what a regulated market could look like, posting $200 million in tax revenues in 2010.

In Europe, reformers such as Niamh Eastwood of the UK-based drug and human rights organization, Release, draw heavily on the ten-year success of decriminalization policies in Portugal. In one decade, problematic or abusive drug use in Portugal – at one point the third worst crisis the country faced – has seen a massive decline, while the much-feared “explosion” in overall drug use was in actuality a paltry 0.03 percent “increase”. Many of the predicted disastrous policy outcomes, such as Portugal becoming a haven for so-called “drug tourists” have not materialised. Soon Spain and Argentina followed suit, and a fledgling attempt at decriminalization was made in Mexico by the Mexican Assembly, only to have the bill languish unsigned on President Fillipe Calderon’s desk.

Attendees were greeted by the Know Drugs video wall – an interactive art piece built by Meno TV featuring 16 screens, each hosting a testimony from a Know Drugs interviewee. Users could press a button and their interviewee of choice would appear on all the screens, speaking their truth.

Some of the highlights of the presentations included:

MP Caroline Lucas’s constituency, Brighton Pavilion, has the UK’s highest number of drug deaths. Lucas wants to facilitate an approach which saves money on tackling soft drug use and focuses resources on the harder drugs more likely to causes fatalities.

Matt Southwell from the International Network of People Who Use Drugs detailed his “seven pillars for reform”. After years of work in the field Southwell points to seven aspects of drug policy which could be managed differently, without significant changes to the law, and the potential to reduce the costs of drug abuse to society immediately.

Charlotte Walsh, a law lecturer, presented on the Misuse of Drugs Act 1971 with respect to alcohol and tobacco. Walsh asserted that the Act does not specify prohibition as the only means of tackling drug problems. She chronicled how the legal argument had progressed to the High Court but was eventually thrown out because the court deemed the litigant, prisoner Casey Hardison, to be a “vexatious litigant”.

Retired Chief Constable Francis Wilkinson discussed what he saw as the single biggest opportunity governments have to reduce crime – and when on to list a host of benefits – less toxic drugs, regulated and taxed markets and so on and so on.

Charles Shaw showed a short film he made about a medical cannabis dispensary in California, which explored the ins and outs of how the dispensary works and described some of the legal complications involved in running such an operation. Shaw also gave a talk on the personal consequences of the drug war based out of his critically acclaimed memoir, Exile Nation: Drugs, Prisons, Politics and Spirituality.

Two documentary films were screened: Shaw’s The Exile Nation Project: An Oral History of the War on Drugs, which showcases testimonies from a range of US drug war participants – offenders, prisoners, family members, activists, policy makers, police and judges. And Michel Negroponte’s I’m Dangerous With Love which follows the transformation of Dimitri Mugianis, a former heroin addict who’s addiction was cured by using the currently-illegal drug ibogaine, made from the Iboga tree of West Africa, a little known plant medicine. As a result, of his miraculous cure Mugianis becomes an underground provider dedicated to helping as many addicts as he can. The directors of both films took part in Q&As after the screenings.

The overall consensus amongst the participants was that the war on drugs is lost. Caroline Lucas’ Green Party and the Liberal Democrats are moving to face the issue while the Tories and Labour are still (publicly) sticking their heads in the sand, even on the possibility for exploration of substantive policy change. It is well documented that before becoming Tory leader, David Cameron said it was time for “fresh thinking and a new approach” to drug policy. Now Party Leader and Prime Minster, Cameron has slipped back to the over-simplistic “drugs are damaging” soundbite rhetoric that avoids any real issues.

In the face of such overwhelming evidence that prohibition has failed, why does it appear to be such an ensconced policy? There are many possible answers, not the least of which is the entrenched nature of the economics. Prohibition is a multibillion dollar a year industry, employing millions; the US criminal justice system alone employs more Americans than Wal-Mart and Mc Donald’s combined. There is no clear path of transition for all that money and all those jobs.

And perhaps the paradigm is more culturally ingrained than we care to admit. Mat Southwell posited that it simply boils down to prejudice. It is no longer culturally acceptable to discriminate on the grounds of race, gender, or sexual orientation, so that leaves immigrants, drug users, addicts, and offenders. It has been argued that for capitalism to function properly it needs a “despised underclass” to make the most exploited workers feel a sense of superiority and inclusion. Drug users, addicts, and offenders now compose that “despised underclass” that is mostly disenfranchised, and receives little to no public compassion. It certainly begs the question, “If Prohibition is repealed, who’s next?”

Damon Barrett from Harm Reduction International closed out the symposium with a reminder that a post-prohibition world will be “fragile at first” but will quickly find equilibrium and assimilation. It will be a welcome fragility, certainly preferable to the brutality of the status quo. For maintaining the War on Drugs is and remains an ongoing crime against humanity. 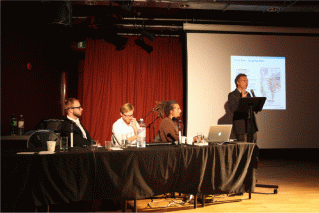 See videos of all the presentations at: www.opendemocracy.net/report-after-war-on-drugs