Transitions in leadership: China and the USA

The theme of this second issue is most timely in focusing on HRM and leadership. Despite the frequent exchanges between the leaders of China and the USA, the risks remain of an outbreak of a global conflict. Indeed, I am personally surprised that President Hu Jintao was quoted (www.envirosagainstwar.org/know/read.php?itemid=11711) to have told the Chinese Navy to ready themselves for war.

This was reinforced by an even more threatening stance of Zhang Zhaozhong, the authoritative Chinese admiral as well as professor, National Defense University: “China will not hesitate to protect Iran even with a third world war” (www.envirosagainstwar.org/know/read.php?itemid=11711). Any one who grasps the Chinese strategic mind will read Iran to include North Korea, a country in midst of transition in leadership.

With such an utterance at topmost level, China will likely reinforce by military intervention, the leadership of the youthful Kim Jong Un. Thus, the military drills by South Korea, run the risk of not only a total war (Korean Central News Agency, www.foxnews.com/world/2012/02/19/north-korea-threatens-to-attack-south-korea-over-planned-military-drills/) but of an outbreak of a global Third World War.

Picture the unimaginably destructive scenario: exchanges of utterly awesome nuclear missiles. And all targets set on densely populated cities on both sides of the Pacific Ocean. Perhaps, it is worth re-asking ourselves: can such decisions ever be justifiable, rains of nuclear warheads?

The answer is absolutely no!

The burden of decision rests on the leadership of China and the USA. Thus, 2012 is highly significant for both Chinese and American people. For China, there is the much anticipated, long planned for transition in leadership. This time is from Hu Jintao to Xi Jinping. For the USA, there is the distinct possibility of a change in presidency following the scheduled for November 6 election.

By the end of 2012, we may be seeing two different leaders, one from a rising power and the other a superpower (but much in decline), interacting with each other. Whilst momentous events may be outside the control of a single individual yet these two leaders – and their interpersonal interactions – may be the secret keys to a lasting world peace.

If so, it is surprising that nobody has as yet map out the past interactions between the leaders of the USA with China. That is from 1949 when the People’s Republic of China is founded. During Mao’s era of paramount leadership, he interacted with Harry Truman, Dwight Eisenhower, John Kennedy, Lyndon Johnson, Richard Nixon and Gerald Ford. In a continuous grip on power, Mao Zedong handled in serial transitions, a string of six American Presidents.

Coming on to Hu Jintao, it is down to two, George Bush (Jr) and Barrack Obama. This mapping of the successive US Presidents interacting specifically with each Chinese paramount leader is reflected in the Figures 1 and 2. 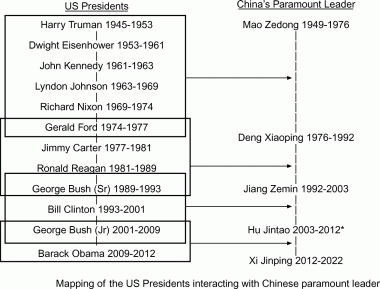 Figure 1. Interactions of US Presidents with each Chinese paramount leader 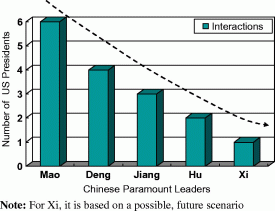 Figure 2. Interactions of US Presidents and Chinese paramount leader

If the pattern of interactions in the number of US Presidents with each paramount Chinese leader is plotted as a chart, one trend becomes clear. We are entering into a different era of interpersonal interactions. Depending on the outcome of 2012 US presidential election we may land with a perfect 1:1 match. For next decade of 2012-2022, Xi Jin-ping as China’s paramount leader may interact with one and the same US President (Figure 3). 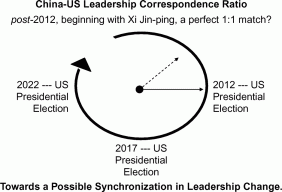 Figure 3. A more synchronized transition in leadership, China and the USA

If this is the case, our future global scenario may heavily be influenced by the nature of interactions between Xi Jinping and the next newly elected President of the USA (assuming his re-election in 2017). Or if Barack Obama wins his re-election then it will be as similar to Hu Jintao, be a more complex matter of relating with two different US Presidents.

Clearly this makes a deeper understanding of who Xi Jinping, the upcoming leader of China a very useful exercise. Such a question may already be up in your mind, for example: as a leader just what is Xi Jinping’s posture on China vis-à-vis the outside world?

Perhaps, his exact words on this matter may reflect the inner pattern, dynamics and firing of his thinking:

Let me render for you, his choice of these specific Chinese characters to express his opinions in pinyin (in case, you may want to quote him precisely) before explaining its import in English:

As seen above, his unconscious mind functions in much a reductive (http://en.wikipedia.org/wiki/Reductionism), summative, synthesizing approach in reflecting on an issue. This is very much akin too to how the deeply strategic minds of Sunzi or Mao Zedong seem to work. The sequencing of his thoughts:

If not, is there anything we need to do or say? Remember, Lao Tzu emphasizes non-action.

Then you may ask, what is the one best descriptor of Xi Jinping as China’s paramount leader? To respond to that, I undertook a review of literature on his background: education, family life, work exposure, East-West exposure and periods of turmoil and stability.

I present a summary of my insights in Figure 4. And if you need a handle on his personal qualities, these are my suggestions of his harmoniously, balanced personality: “tough yet kind”, “intellectual yet practical” (pragmatic), “peace loving yet war ready” and “analytical yet synthesizer”.

So far I have written about leadership yet this issue concerns too about human resources (people) as well. Any Chinese leader has little choice but to enhance the living standards of the other half of 1.3 billion. Or at least, the Chinese leader has to motivate the masses to stay the course with Chinese Communist Party (CCP). In this aspect, Xi Jin-ping himself has a most powerful ally: his wife, Peng Liyuan (http://en.wikipedia.org/wiki/Peng_Liyuan) and analogously, the future China’s first lady.

Her many songs are laden with emotional, rural themes that are highly inspiring and motivating. She holds the rank (civilian equivalent) of a major general in the People’s Liberation Army (PLA). Just hear her sing on the YouTube (www.youtube.com/watch?v=azFc6PFi-xE) and see her leading role in this patriotic song (qi zhi song):

These couplets are a call for the people, chorus style: “Millions upon millions to be all of one mind (heart); united in our struggle, we are tough as steel; with hand-in-hand we meet the winds and step on (rising) waves.” Incidentally, the last phrase ying feng ta lang is in resonance with President Hu’s instruction to the Chinese Navy, “[…] prepare for war […]”

Yet Hu Jintao as China’s current paramount leader is truly yearning on behalf of the Chinese people for global peace. Remember the paradoxical theory of war: the best strategy to avoid war is to be thoroughly prepared for one. The original quote is derived from a classical Roman text on military strategy: in Latin, “Igitur qui desiderat pacem, praeparet bellum” (source: Epitoma Rei Militaris (www.archive.org/details/epitomareimilit00renagoog, downloadable), by Publius Flavius Vegetius Renatus).

The Chinese pragmatic perspective in relation to war and peace is still best as articulated by China’s founding paramount leader, Chairman Mao Zedong. In his own words written in November 6, 1938 and published in the chapter on Problems of War and Strategy and under the section heading of “The war history of the Kuomintang” within his Selected Works, Vol II, at page 225 (see the original in English; www.scribd.com/doc/4315838/Selected-Works-of-Mao-TseTung-Volume-2) as follows:

[…] We are advocates of the abolition of war,

We do not want war.

But war can only be abolished through war […] (italics added).

Our goal must surely be for us to improve on his view: work towards abolishing war without the necessity of returning to war.

In conclusion, I must thank Professor Zhang Yenming for his guest editorship of this issue of Chinese Management Studies. With his editorial, I am able to devote time for writing this piece on transitions in leadership.

Professor Dr Check-Teck Foo is founding Chairman of Sun Tzu Art of War Institute and the founding organizer for the highly successful, world’s first, Chinese Management Studies Conference. Presently he is Adjunct Professor at Buddhist College of Singapore. Besides this he is APO Chief Expert for Research on Productivity and the Program Director, Negotiation Strategy at Asia Institute, Korea. He regularly leads Art of War workshops in Beijing and Shanghai, China. Recently he acted as Moderator for a public forum, the 17th Karmapa: Living a Meaningful Life. Prior to retiring from NTU, he had been Professor, Systems Engineering and Management, as well as Honorary Chair at the University of St Andrews, UK. Professor Dr Check-Teck Foo can be contacted at: profctfoo@gmail.com