There have been an endless and continuing series of Australian enquiries into the safety and quality of healthcare since 1999. These include the $7 million enquiry at the King Edward Memorial Hospital, Perth, enquiries at the Royal Melbourne Hospital, Victoria, the Bundaberg Inquiry in Queensland with ongoing legal wrangling around extradition of a surgeon to face trial on possible charges of murder and in New South Wales (NSW) the Camden and Campbelltown Hospitals Inquiry conducted by Brett Walker SC, together with a new enquiry known as the Garling Inquiry, in progress in NSW at the time of writing. Most of these reviews were initiated by multiple adverse events that received significant media coverage. The following were the recurrent themes highlighted by these reviews: 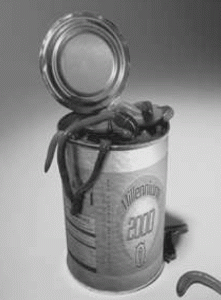 The CGUs were charged with, amongst other things, delivering a new state-wide patient safety and quality agenda, providing a single point of contact for complaints, implementing the new state system for incident monitoring and action, including root cause analysis, and ensuring that issues of competence and performance of clinicians were satisfactorily addressed.

The introduction of CGUs has been a flawed exercise. Central to this has been the decision to have the new area CGUs accountable to the area chief executive and thus to the director general and state minister for health. This inappropriate governance structure was then reinforced by the mandatory requirement for each CGU Director to join the NSW health executive payroll.

If a CGU is to function effectively, then it needs to be independent. The true function of a CGU is analogous to that of an ombudsman. It is not able to fulfill this function under the present structure.

The Clinical Excellence Commission also appears conflicted by virtue of it’s reliance on government and participation in the inner cabinet workings of the NSW health director-general, along with the area chief executives.

It is suggested that a more rigorous and independent structure would have CGUs becoming the local effector arms of the Health Care Complaints Commission and Clinical Excellence Commission or of the ombudsman.