The dawning of a new age: control without budgets 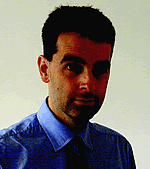 Matthew Leitch is an independent consultant specializing in internal control systems. He is an accountant and auditor by background, and spent seven years as an internal control specialist with PricewaterhouseCoopers (matthew@internalcontrolsdesign.co.uk).

Some leading companies are getting rid of budgets and similar control mechanisms that use fixed targets. Why are they doing this and what are the implications for internal control?

Budgeting takes a huge effort from the finance team and from management. The negotiations usually drag on for months. As the year goes on more effort is sucked into calculating, explaining, and arguing about the ever-growing variances between the budget and actual results. The process is time consuming and stressful.

And the payback for this effort? Budgets are a means to communicate goals, provide flexibility within limits, and allocate resources. However, they do so using targets that are fixed for a year even though conditions change. For this and other reasons budgeting performs poorly.

Budgeting is not good for you

Budgeting also leads to bizarre and dysfunctional behavior. People do not give honest forecasts. When negotiating their targets managers aim as low as they think they can get away with, while the top team picks higher numbers in opposition. Once the year begins people plan for hitting the target. If they meet their target early they relax. If they are falling short but not far short they will do short-term, even dishonest, things to close the gap – especially if there's a bonus riding on it. If they are falling too far short they may feel it is best to ease up, especially if a good effort might lead to a higher target the following year.

If people do not talk about risks and future opportunities, they tend not to think about them or manage them. The single minded focus on precise, fixed goals tends to lead to poor performance. It's not just budgets that do this. Any management system that creates a fixed performance contract with managers has the same effect.

Companies that have dispensed with fixed targets have been studied intensively over a period of about five years by the Beyond Budgeting Round Table (BBRT). The BBRT is a collaborative organization currently sponsored by around 20 leading organizations including Unilever Bestfoods, Deutsche Bank, Diageo, and BT Group. Naturally, some current sponsors have not yet thrown out budgets, but they are considering it and learning from the cases of companies that already have.

A recent book, Beyond Budgeting: How Managers can Break Free from the Annual Performance Trap by Jeremy Hope and Robin Fraser, explains what has been learned from these case studies and summarizes the principles that seem to be common. More information can be obtained at www.bbrt.org.

One key principle (of 12) is to judge performance in hindsight by comparison with competitors, both internal and external. If business conditions improve unexpectedly during the year this helps everyone, so the ''benchmark'' automatically adjusts. This is simple and natural. It also means that managers are encouraged to think about how their plans will work out in a variety of future scenarios. Risk and uncertainty management improves. Shocks and crises are less frequent.

What about internal control?

When this form of control is removed, what takes its place and what can you say in the annual report? What takes the place of budgetary control is:

Best of all, instead of reviewing the company's direction only annually, companies with adaptive planning instead of fixed targets review it frequently through the year in response to events. The shareholder's investment is being looked after with more care and attention.

No company studied by the BBRT that has ditched budgetary control has experienced a failure of internal control. On the contrary the dysfunctional and sometimes dishonest behavior generated by fixed performance contracts is largely removed, strengthening the control environment. Managers have a clearer picture of what is really happening in their company.

Companies that have thrown away budgets have also tended to decentralize customer facing units while centralizing support functions, and have devolved decision making authority. These calls for a style of internal control that makes people feel trusted and able to decide things for themselves – something that traditional accounting controls tend not to do.

In the "beyond budgeting" model, superior analysis of actuals, rapid availability of information to all, and clear principles and values tend to replace high level authorization and requests for explanations.