At the Freshwater works of RD Precision, one of the largest metalcutting firms on the Isle of Wight, a third Okuma twin-pallet HMC of approximately 750mm-cube capacity was installed at the end of last year (Figure 10).

It joins a similar MA-50HB model delivered in January 2007 and an older machine of equivalent size dating back to 2004. All have four CNC axes including programmable rotary movement of the table and were supplied through NCMT, the UK agent for the Japanese machine manufacturer. 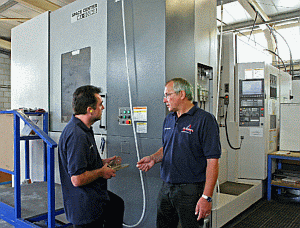 Figure 10 RD Precision's site manager, Alan Thompson (right), with one of the machine operators in front of the second Okuma HMC to be installed at the company's Freshwater factory

The x 750,000 investment in two machines plus tooling and training in 2007 was partly a result of an upturn in demand for steel engine mounts for the Hawker jet. The components are supplied direct to the assembly line at Airbus, Broughton, where the fuselage and wings for the jet are produced under contract.

Whereas six three-axis VMCs are currently used to manufacture the four engine mount variants, the work will be transferred to the two additional HMCs (Figure 11), which will provide sufficient production capacity to meet future production requirements. They will also reduce the current scrap and rework created by the VMC process. 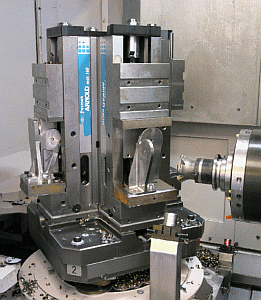 Figure 11 Engine mounts being machined on one of the latest Okuma HMCs at RD Precision. Mounts for the Hawker jet will soon be transferred to the HMCs

Prior to 2004, all of RD Precision's aerospace parts were machined on three-axis VMCs using multiple vice set-ups. Gradually, many parts have been re-engineered and programs translated through 908 to produce them in fewer operations on HMCs. Advantage is taken of the extra power, higher spindle speed and 60m/min cutting feed rate of the Okuma horizontal-spindle machines.

An example of a component that has already been re-engineered for the four- axis HMCs is a titanium “aft machining” engine component for the Dash 8-400 regional jet (Figure 12). It used to be rough- and finish-machined in six set-ups on a VMC whereas now it skimmed in one operation on an Okuma HMC and then completed in a second clamping, including probing jig- bored holes in-cycle using a machine- mounted probe. The latter has proved useful for tracking dimensional drift and adjusting tool offsets automatically.

Significant production savings have also resulted from four-axis horizontal machining of a titanium load spreader supplied to Stork Fokker for the fuselage of the Airbus A380. Seven variants in left- and right-hand configurations are currently machined. The way in which critical features are tied up demands a machining accuracy of 12mm.

The overall improvement in manufacturing efficiency on HMCs compared with VMCs, helped further by multiple set-ups on cube fixtures and by the automatic pallet changers which maximise spindle up-time, has allowed the contract machinist to meet cost- down targets imposed by its customers and still make a profit.

Speed of production is on average 25 per cent quicker on the horizontals than on the verticals, according to RD Precision's Site Manager, Alan Thompson, who added that the company chose Okuma machines as they have the robustness necessary for roughing as well as finishing tough materials.

Fewer set-ups have resulted in better component accuracy and lower scrap levels as a result of reduced accumulative error. Faster delivery to customers and less money and space consumed by work- in-progress are further advantages.

Programs are prepared off-line using EdgeCam software and run on any of the Okuma HMCs. The control system on the latest machines has uprated features including automatic scheduling of up to eight queued programs listed in an on-screen Excel table, and connectivity for any USB2 compatible measuring equipment.